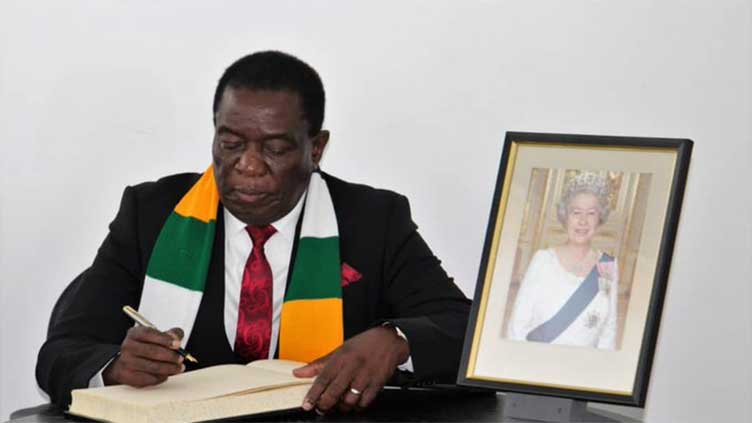 (Reuters) - A letter rejecting an alleged request from Zimbabwe’s president to attend Queen Elizabeth II’s funeral has been circulating on social media. However, the British Embassy in Harare said the letter is fake and that Mnangagwa had indeed been invited to the funeral.

Queen Elizabeth, Britain’s longest-reigning monarch, was laid to rest on Sept. 19 after a funeral service with a 2,000-strong congregation, including 500 presidents, prime ministers, foreign royal family members and dignitaries (here ).

Prior to the funeral, on Sept. 15, social media users shared a picture of a letter that they alleged was sent by Buckingham Palace to reject a request by Zimbabwean President Emmerson Mnangagwa to attend the queen’s funeral (here), (here) and (here).

The letter is headed with the royal crest and is addressed to Frederick Shava, Zimbabwe’s minister of foreign affairs and international trade. It begins by thanking Shava for requesting an invitation to the funeral on behalf of Mnangagwa, before saying the request cannot be granted due to restrictions in place against “many of the Zimbabwean Governmental leadership and those connected to them”.

The letter concludes by saying the only invitees are those personally contacted by King Charles III and “leaders from commonwealth countries of which Zimbabwe is not a member”.

The British Embassy in Zimbabwe said on Sept. 15 that the letter “is fake”.

“President Mnangagwa has been invited to attend the funeral of Her Majesty Queen Elizabeth II at Westminster Abbey on Monday,” the embassy added (here).

Mnangagwa was ultimately unable to go to the funeral due to leaving for the United Nations General Assembly on the same day, according to local reports (here).

He was pictured on Sept. 16 signing a book of condolence for the queen at the British Embassy (here).

Shava, meanwhile, attended the funeral on the president’s behalf and was pictured in London the night before (here).

He was also pictured on Sept. 19 signing a book of condolence shortly after the service (here).

False. Emmerson Mnangagwa was invited to the queen’s funeral, according to the UK embassy in Zimbabwe.