Taiwan deaths following vaccination do not represent deaths directly tied to vaccines, and are far outnumbered by COVID-19 fatalities 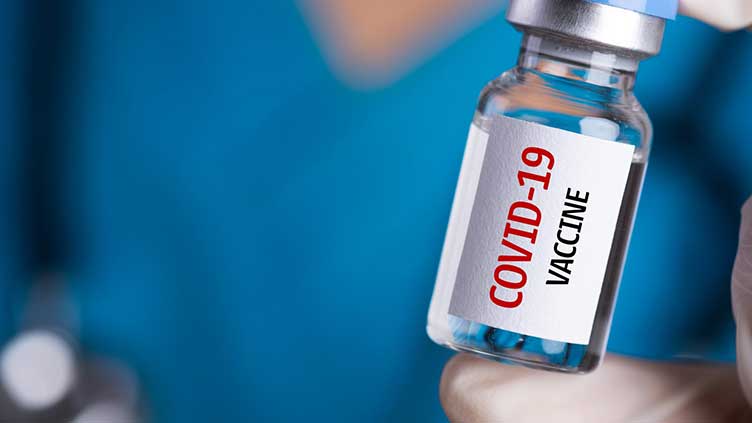 Taiwan deaths following vaccination do not represent deaths directly tied to vaccines, and are far outnumbered by COVID-19 fatalities

(Reuters) - A misleading video posted on Twitter in August 2022 and shared more than 7,500 times dates back to October 2021 and repeats a previous false claim that COVID-19 vaccines killed more people in Taiwan than COVID-19 itself.

The implication that people who die “after vaccination” have died as a result of being vaccinated is not supported by the video’s reference to data on all deaths from any cause within a 28-day period after someone received a COVID-19 vaccine.

In the video (here), which is an excerpt from the Oct. 12, 2021 broadcast of U.S.-based NTD News channel’s “China in Focus” program (here), a presenter leads with the statement that “In Taiwan, the number of people dying after their COVID vaccination is exceeding the number of deaths from the virus itself.” Also seen in a graphic on the screen is “MORE DIE AFTER VAX THAN FROM VIRUS IN TAIWAN.”

While a graphic depicting data from Taiwan’s Centers for Disease Control (CDC) appears on the screen, the presenter adds, “Taiwan’s health authorities say that as of Monday, deaths after vaccination reached 865 while deaths from the virus are at 845.” The 33-second video clip was posted on Aug. 7, 2022 with the comment, “More died after vax than from virus in Taiwan.”

Responses to that Twitter post include remarks such as, “Probably true in the rest of the World too” (here) and “Proves those vaccines are too risky for our health” (here). Others, however, point out that “‘death after vaccination’ could quite literally be a car crash or a tree falling on you 3 months after vaccination” (here) and “Dying AFTER vaccination =/= dying FROM vaccination. Or am I missing something? We can assume vaccination doesn’t make us immortal.” (here)

The same video was shared in late 2021 and debunked by other outlets at the time. In October 2021, AFP factcheckers noted (here) that the video had originally been uploaded to the NTD Facebook page on Oct. 13, 2021. The same month, Polygraph Info identified the source of the data cited in the NTD report as Taiwan’s Vaccine Adverse Event Notification System (VAERS) (here).

Reuters has previously factchecked numerous claims regarding the VAERS reporting system in the United States (here) and (here), which is similar to that in Taiwan.

An explainer on the U.S. VAERS can be seen (here).

The U.S. VAERS (vaers.hhs.gov) gathers reports of any suspected adverse event following receipt of a vaccine and encourages submissions even if it’s not clear whether the event had anything to do with a vaccine. The authenticity and accuracy of submissions is not verified. Only when a pattern of reports suggests a possible safety-related “signal” would closer analyses be done to see if an apparent association is real, and if there is any causal relationship between the events and the vaccine (here).

Around the time of the NTD broadcast in October, Taiwan’s CDC had just released its weekly report, dated Oct. 11, 2021, on submissions to VAERS that showed 848 reports of a death within 28 days of receiving a COVID-19 vaccine (See PDF page 3). An archived view of the Taiwan CDC’s main page on that date shows 846 confirmed deaths from COVID-19 on its dashboard (here).

As of Aug. 11, 2022, confirmed deaths from COVID-19 in Taiwan total 9,342, according to the country’s CDC. The agency’s most recent VAERS report shows that out of 57,779,983 inoculations with COVID-19 vaccines, there have been 1,541 reports of deaths from any cause in all age groups following vaccination (here).

Separate from the VAERS system, Taiwan’s National Vaccine Injury Compensation Program (VICP) investigates specific claims of death or injury following receipt of any approved vaccine and has judged certain individual cases to have been directly related to a COVID-19 vaccine.

Taiwan’s CDC doesn’t specify how many of its VAERS entries of deaths post-COVID-19 vaccination have been confirmed causal and the VICP does not publicly publish its proceedings. Reuters found some examples of deaths or injuries deemed causal by VICP via local news stories, but no evidence of 865 deaths after the vaccine confirmed to be caused by it.

In its June 2022 meeting, for example, the panel awarded T$3.5 million ($117,150) to the family of a woman who died of intracerebral hemorrhage after receiving a dose of the AstraZeneca COVID-19 vaccine, according to the Taipei Times.

In March, the fund paid the maximum legally allowed amount, T$6 million ($200,150), in the case of a woman who died of thrombosis with thrombocytopenia syndrome after receiving a dose of the AstraZeneca vaccine, according to Taiwan News. Of 57 claims reviewed at that meeting, the panel voted for compensation of seven claims.

Misleading. There have been far fewer deaths from any cause following COVID-19 vaccination in Taiwan than from COVID-19 itself according to current data, and only a handful of deaths have been confirmed by Taiwan’s National Vaccine Injury Compensation Program to have been directly related to vaccination.