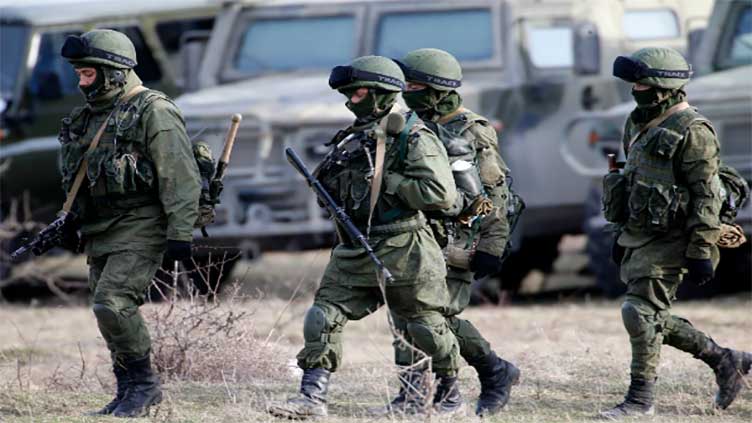 (Reuters) - A video shared by news outlets and on social media has been falsely claimed to show Russia moving nuclear weapons systems to its border with Finland. However, the footage shows vehicles that are only capable of carrying conventional warheads. Whether or not they are travelling to the border could not been confirmed.

The clip with the false claim has been viewed hundreds of thousands of times on Facebook (here). It has also been used by news outlets to suggest Russia has “deployed nuclear missiles” to its border with Finland (here, here, here, here, here and here).

The subtitles read: “So, the Finnish president didn’t say Finland is going NATO yet and the whole world division of Iskanders (Russian ballistic missiles), together 7 vehicles and new weaponry, are moving towards Vyborg (Finnish border). Here is the newly established military unit in Vyborg, near Vyborg somewhere. The vehicles are brand new. Urals are also moving. So, get ready “finniki” (Finnish people) to join NATO. I see vehicles with weapons, support, new Urals, 7 Iskanders. So, the new military unit is on its way. Well done.”

The Iskander-M is a Russian surface-to-surface, short-range missile system, capable of launching conventional and nuclear warheads (here).
However, a different piece of equipment is shown in the video.

He said that while both use the same Belarusian-produced chassis, there are numerous differences, such as “the smoother bodywork and greater rear overhang of the Bastion launcher”.

Dempsey added: “Unlike the dual-capable land attack ballistic and cruise missiles associated with the Iskander system, the P-800 Oniks (Bastion system) is assessed to be able to carry a conventional explosive warhead only.”

He explained that although the P-800 Oniks Bastion coastal system’s SS-N-26 “Strobile” (3M-55, Yakhont) missiles were designed as supersonic anti-ship missiles, “Russia has demonstrated these units also have a degree of land attack capability”.

However, he said other people had noted that the US Missile and Space Intelligence Center’s (MSIC) Defense Intelligence Ballistic Missile Analysis Committee (DIBMAC) believes the 3M-55 could be “nuclear possible” (here).

“Even if this is the case, the missiles would not be normally equipped with nuclear warheads – the standard practice for systems of this kind is to be deployed as conventional,” he explained. “If there are nuclear warheads assigned to them, these warheads would be stored in a separate storage facility, only to be mated to missiles at the time of a high alert level (DEFCON-type).”

Podvig added: “The locations of these storage sites are reasonably well known (here). There are some storage facilities in the area – Gatchina and Soltsy – but these are air force. I would doubt that they would have warheads for a coastal defense system (although it cannot be ruled out).”

Reuters geolocated the equipment on the A-181 Road just north of Saint Petersburg (bit.ly/3MYnpgA). It is indeed travelling in the direction of Vyborg, close to the border with Finland; however, it is also 89 km away from the town - and Reuters has not confirmed whether this was its final destination.

Meanwhile, a spokesperson for the Finnish Defence Forces told Reuters via email: “It is completely normal for Russia to move different kinds of weapon systems to its borders.”

Miscaptioned. The video does not show Russia moving nuclear capable weapons systems to its border with Finland.