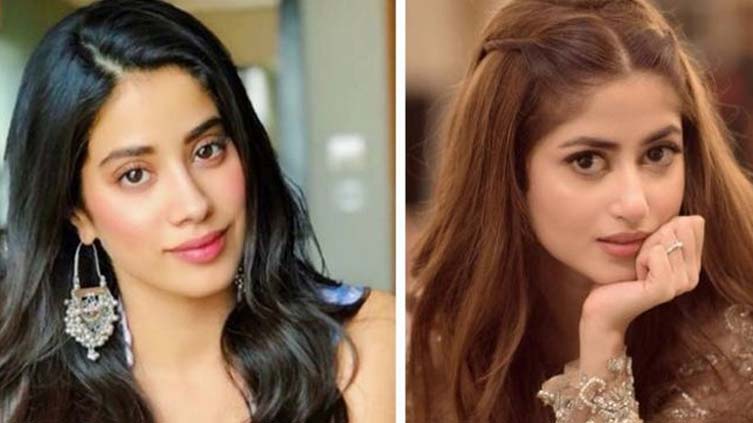 DUBAI (Online) - Pakistani actress Sajal Aly was starred in an Indian movie "Mom" alongside legendary Indian actress Sridevi. The film was based on an amazing subject and as a result of Sajal’s stay in India, Janhvi Kapoor, daughter of late Sridevi, and Sajal share a wholesome bond. They are often seen exchanging admiring comments on social media handles.

Sajal and Janhvi happened to be at Filmfare Middle East achievers night where they were seen exchanging warm glances. They also hugged each other and were also seen conversing.

In a clip viral on social media, netizens are sharing a moment of happily catching up with each other.

Janhvi was thrilled to meet Sajal after ages. Both actresses share a beautiful bond which has intensified after Sridevi’s sudden death. Sajal grieved her death by posting a picture of the late actress with a caption, ‘Lost my mom again.’

On the work front, Sajal will be seen playing Fatima Jinnah in a pre-partition play. While Janhvi was last seen in "Mili", a survival thriller. Sunny Kaushal also played a prodigal role in the film.