Noor was murdered when I was going through a similar time: Syeda Tuba 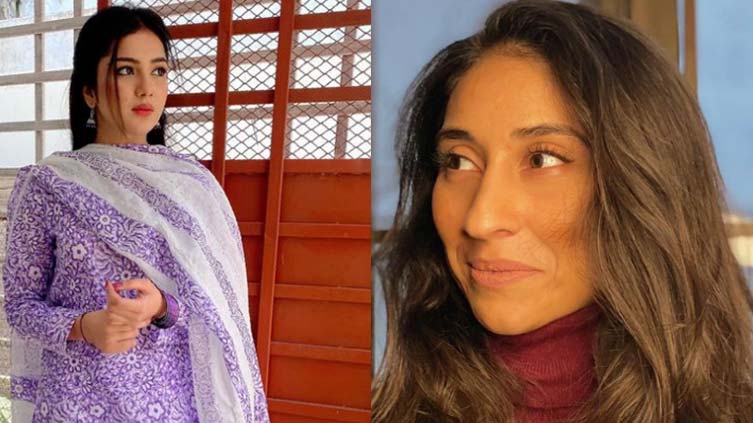 Noor was murdered when I was going through a similar time: Syeda Tuba

"Noor was murdered when I was going through a similar time," said Syeda Tuba.

KARACHI (Online) - Actor Syeda Tuba Anwar, the former wife of late televangelist Aamir Liaquat Hussain, has been quite vocal about how violence against women often ends up in harsh victim blaming instead of a strong judicial support system in the country. The actor started campaigning for awareness regarding Noor Muqaddam’s case especially because she could "relate" to the experience.

Speaking to BBC Urdu, Tuba shared how the news of Noor’s brutal murder happened at a time when she was struggling the most. "I particularly started speaking up because it happened in my life at a point where I was personally suffering through a tough time in my life. I could connect to Noor. I never met her, never knew her before this but I felt so deeply for her on so many levels," she said.

"There’s a norm of victim blaming in our society. I don t understand why it happens, to be honest, maybe it s a lack of education or perhaps awareness, but I feel like it is my responsibility as a public figure to aware people of what s happening around them. If around such sensitive topics, even if one person learns or unlearns their toxic behaviours from me, then I feel like my purpose is complete," she added about the need to make people aware of how blaming the victim only makes the problem worse.

Anwar is often trending on Twitter for a myriad of reasons, mostly connected to her ex-husband and her negative roles on television. Speaking about how she deals with the heavy doses of negative trolling from social media, she said, "When this all started, I’d get very emotional and I couldn’t process why people were doing that to me. It still happens sometimes but you know, I often think about how all of us in our lives dislike people around us but for people to actually open their social media and type out curses for me, I can only imagine how much negativity they store within them. I think all of us should think 100 times before writing anything about how our words can impact someone."

She further emphasised that it’s not just her who faces negative trolling — no other celebrity is spared. "It’s not just me. I’ll open any celebrity s page, and there will be at least one comment that spews hate for them and has a curse word in it. Some people just have it worse."

Tuba was last seen in the Adeel Qamar Khan directorial "Bichoo". When questioned about why she was cast as a negative character, she went on to define the journey that makes Afreen bitter. "Afreen was a very complex character who always thought that she never got the respect and importance in her house that she deserved. The character was built in a way that she was always self-conscious and felt she was inferior to others. She always wanted the attention and love that her sister always got. She couldn’t take the insecurity brewing from how she felt and that was a personal struggle for that character which is why she became the negative character that she is in the drama."

She added, "I think why I got cast in "Bichoo" was because they wanted an innocent face that could alarm fans. They wanted fans to be in disbelief that she’s so innocent and yet she’s doing this." Upon being typecast for only certain supporting characters or negative characters, Tuba added that while she acts in all kinds of roles, only the negative ones get popular but she does fear being typecast while enjoying the love she receives from fans.