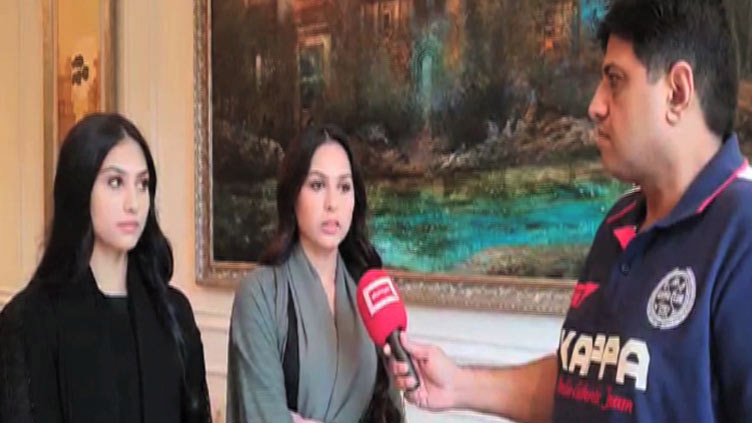 ISLAMABAD (Dunya News) – Supreme Court of Pakistan has fixed actress and model Sophia Mirza’s plea for custody of her daughters for hearing on August 12.

According to details, the apex court had earlier directed Federal Investigation Agency (FIA) to repatriate daughters of the actress by sending a team to Dubai after approval from the Prime Minister.

Justice Maqbool Baqar, on March 29, had also ordered Interior Ministry officials to travel with the FIA team for recovery of the girls and adjourned the hearing for three weeks; however, Justice Baqar retired from his service on April 4.

Now, a two-member bench, consisting of Justice Munib Akhtar and Justice Amin-ud-Din will conduct hearing of the case on August 12.

However, daughters of Sophia Mirza have said that their mother, who is only after money, is making "fake problems" to get attention and publicity whereas they are living happily with their father in Dubai.

Exclusively talking to Dunya News, the girls said that they are living comfortably and happily in Dubai with their father and claimed that their mother is spreading fake news just to get attention as her career is finished.

They further clarified that no one is forcing them to issue this statement and that they are saying all this themselves because they want to live with their father not mother.

One of her daughter also revealed that Sophia Mirza asked them to get their passport and comeback to Pakistan but she started ignoring their texts when they refused and instead asked her to visit them in Dubai.

She further said that Sophia Mirza visited Dubai in 2017 but still did not meet them and went back to Pakistan after completing her modeling assignment.