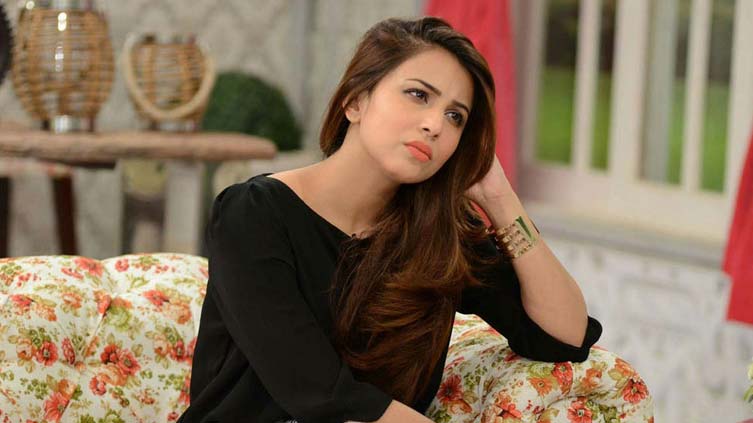 Ushna Shah has requested authorities to "let the man rest".

LAHORE (Web Desk) - A local court in Karachi on Saturday ordered to form a medical board for the autopsy of TV host and former politician Aamir Liaquat Hussain after a petition was filed demanding a postmortem.

During the hearing attended by Aamir Liaqat’s heirs and legal team, the public prosecutor stated that his heirs did not wish for a postmortem because it would hurt the deceased’s “soul”. The heirs assured they do not suspect any foul play in their father and former politician’s death.

But a report presented by the police stated that the surgeon could not determine the cause of death till an autopsy was performed, leading the court to reserve its judgment. The judicial magistrate (East) issued notices to the legal heirs and police, seeking the autopsy of the lawmaker who was found dead at his residence earlier this month.

Most social media users agreed with Shah in the comments section of her post. "I agree... give the family enough time for mourning and grieving, "wrote a tweep. "Agreed bus karo... tamasha bana diya hai (stop it already, they ve made a circus out of this)." added another. "It is also prohibited in Islam to torture the dead body," shared one more.

However, there were also those who felt the cause of death must be known, and an autopsy must be conducted, suggested that it is only a standard practiced worldwide. "Cause of death must be known whatever it takes. This is a global principle in every civilised society. A demand inhibiting the discovery of cause indicates ignorance, sorry to say, "commented a user. "His demise is unnatural and should be investigated!" demanded one more.

A user also opined that "it is more important to [find out] the root cause of Aamir Liaquat s death," because the postmortem may "uncover a truth" that would’ve remained hidden if not for the legal medical procedure. However, there can be no doubt that one must refrain from speculating the cause of someone s demise and respect their privacy, especially after their passing.

Hussain died aged 50 after being found unconscious at home in Karachi on June 9. The anchor was taken to hospital but pronounced dead on arrival.