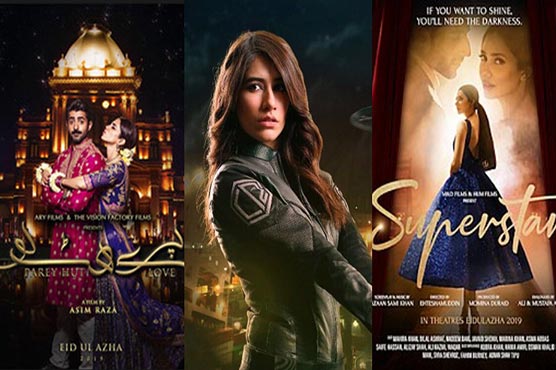 ISLAMABAD (Online): Though the revival of Pakistani cinema had begun some fifteen years ago, it seems that the industry still has a long way to go before that can happen.

A number of films have been made this year, some of them even critically acclaimed, and some did huge business at the box office. They were released in a variety of genres - commercial films with romance, action, thrill, music, comedy – and a few were artsy movies with stories grounded closer to reality.

However, despite all efforts, the number of feature films released could not go up to the requirement of cinema houses that are increasing day by day, with multiple screens, digital audio-and-video systems and modern technology.

The national film industry provides less than fifty on average per year, made in Urdu and various regional languages –Pashto, Punjabi, Saraiki, Sindhi and Balochi, etc.

The multiplex and modern cinemas only like to show Urdu and English movies, which are not available in good quantity. As films from Bollywood are banned these days due to tense relations between Pakistan and India, cinema owners rely on movies from Hollywood and a few European countries, along with Pakistani Urdu films, to keep the business running.

The year 2019 has seen the release of only 22 Urdu films, including one animated movie "Operation Swift Retort" by DJ Kamal Mustafa.