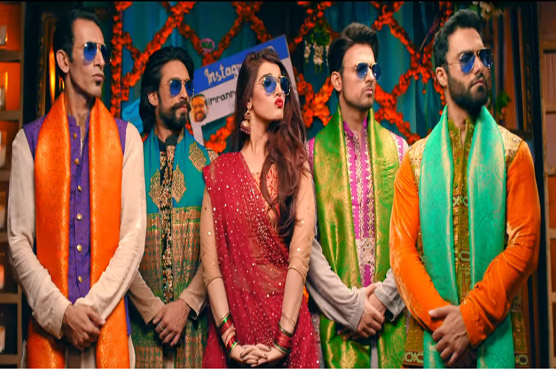 Along with Chupan Chupai, Parchi is arguably a great New Year starter for Pakistani cinema that has bagged almost Rs. 4 crores after first week, according to Box Office Detail. Being the first film from Pakistan to release in Saudi Arabia after recent relaxation of the ban, it is likely to appeal desis no matter where they live.

Parchi’s story revolves around two brothers Bashir (Bash) and Bilal, with the former (Ali Rehman Khan) being a wannabe gangster and the latter (Usman Mukhtar) being an educated, office geek. It all starts when Bash gets himself and his squad – including friends Saqlain or Saqi (Ahmed Ali Akbar) and Bhola (Shafqat Khan) – into trouble by indulging in extortion. Bash is cornered by a gangster Zodiac (Shafqat Cheema) to pay Rs. 5 million for landing in hot water.

Bash and his friends turn to mob-cum-vigilante leader Eman (Hareem Farooq) who falls for Bash in less than three-and-a-half nanoseconds of their first interaction. Photo: Trailer screengrab

With no choice left, Bash and his friends turn to mob-cum-vigilante leader Eman (Hareem Farooq) who falls for Bash in less than three-and-a-half nanoseconds of their first interaction, not to mention the same happens with Bilal who falls for Eman to shape an immediate love triangle. With traces of romance in the air, they plan to rob a clumsy rich woman, Sumaira Khanjarwali (Faiza Saleem), who somehow has super weird ‘superpowers’ and a knack for horror. Her only daughter Natasha (Mahenur Haider) dates Saqi which makes the act further interesting.

Shafqat Khan, who wrote the movie and played Bhola, simply stole the show. Audience couldn’t get enough of his well-timed, situational jokes. Azfar Jafri used the small cheerful acts very well. Together, Shafqat and Azfar utilised their flat characters by giving them catchy dialogues and sarcastic names like biscuits, future, bhola, and cancer.

Karachi’s crime scene including extortion, murder and mobile-snatching were neatly rolled into the script, highlighting a ray of hope despite the worst circumstances. The theatrical performances by several debutants, who are in fact seasoned stage artists, deserve applause. If you’re up for a situational comedy that makes little sense and entertains the viewers, you should go for it.

Music, cinematography and the use of animation in the opening track ‘Parchi’ were little treats within the bigger box of sweets. The thing about Azfar Jafri is that his movies are far better planned. The earlier flicks comprising Janaan and Siyaah had their own colours. The music was not only good but well choreographed to the credit of Osman Khalid Butt.

There were numerous loopholes in the story to twist the screenplay. It follows the lines of Na Maloom Afraad franchise and Jawani Phir Nahi Ani – less drama, more jokes and little logic. Cinema-goers may even find the short-lived comedy hilarious with laughter coming in from all ends, but there were some serious shortcomings in the storyline. The film could have concluded better rather than a non-serious climax. There were some plot twists – they shall remain unmentioned – that were easy to anticipate. What saved the film from drowning were hysterical performances from Ahmed Ali Akbar and Shafqat Khan. Shafqat Cheema too stood up to his terror-filled image, though he was let down by an inconclusive finish to the entertaining play.

Shafqat Cheema too stood up to his terror-filled image. Photo: Trailer screengrab

In a nutshell, Parchi is a full-on comedy movie with lessons of selflessness and social justice in the end. The characters within were associated with their peculiar qualities that distinguished one from another. While Bash and Bilal were totally opposite in nature despite being brothers, it showed how one of them made for the weakness of the other. Flat and funny characters with intriguing names stood firm with their enjoyable one-liners. Hareem Farooq in her badass avatar added flavour to the popcorn.

Altogether, the film was a good package, a promising opener for 2018 that set the bar high for movies to come. 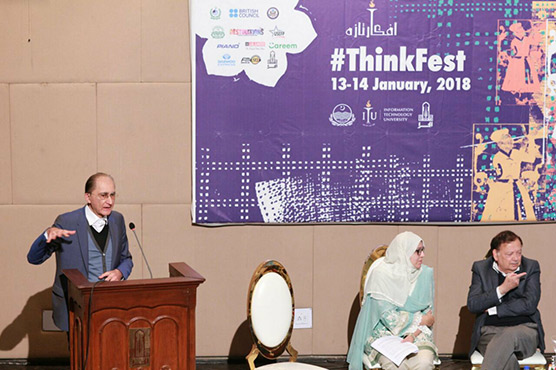 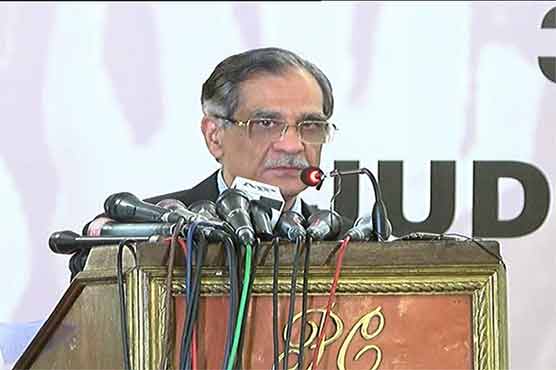 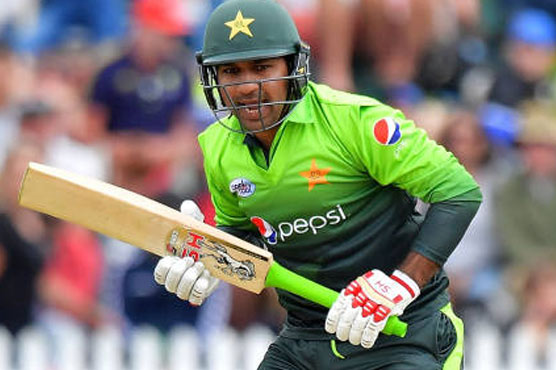 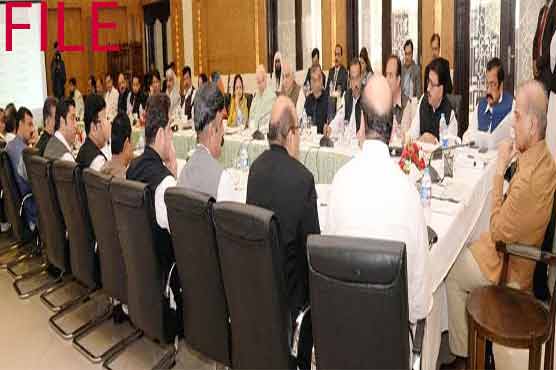