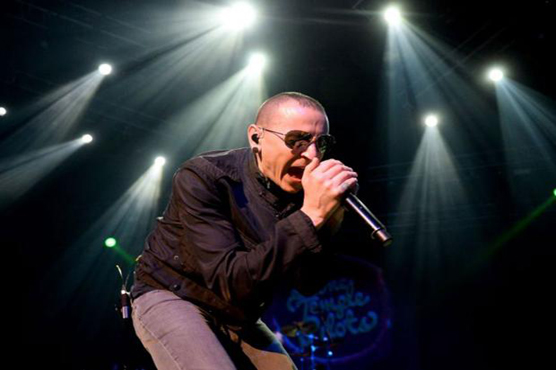 The 41-year-old singer was found dead on Thursday in his residence. Photo credit: LP Twitter

(Web Desk) - Bleed It Out was the last song Chester Bennington, the lead singer of Linkin Park, sang live in front of the crowd in Birmingham’s Barclaycard Arena earlier this month. Little did the fans know who were singing along thought it would be his last performance.

Bennington kept his fans mesmerized with his famous high pitched voice and captivating lyrics. The L.A. based band, Linkin Park debuted their first album Hybrid Theory in 2000, the album sky rocketed on the charts and became a multiplatinum album. He won a Grammy award for ‘Crawling’ in the category of Best Hard Rock performance.

The band went ahead and achieved more fame with their second album, Meteora. The album’s singles solidified Chester and his band mates as the solid successful Rockstars. The album songs like ‘Faint’, ‘Numb’ and ‘Lying from you’ were critically acclaimed.

According to the Independent, the singer had suffered for years from drug and alcohol abuse, fueled in part by a history of abuse as a child. He married to Talinda Bentley in 2006, having previously been wed to Samantha Olit from 1996 until 2005.

Bennington, 41, left behind 6 children, from both of those wives, as well as a previous relationship with Elka Brand. One of the children is adopted.

His suicide came weeks after the suicide of his good friend Chris Cornell, an alt-rock singer, an event that deeply saddened Bennington. 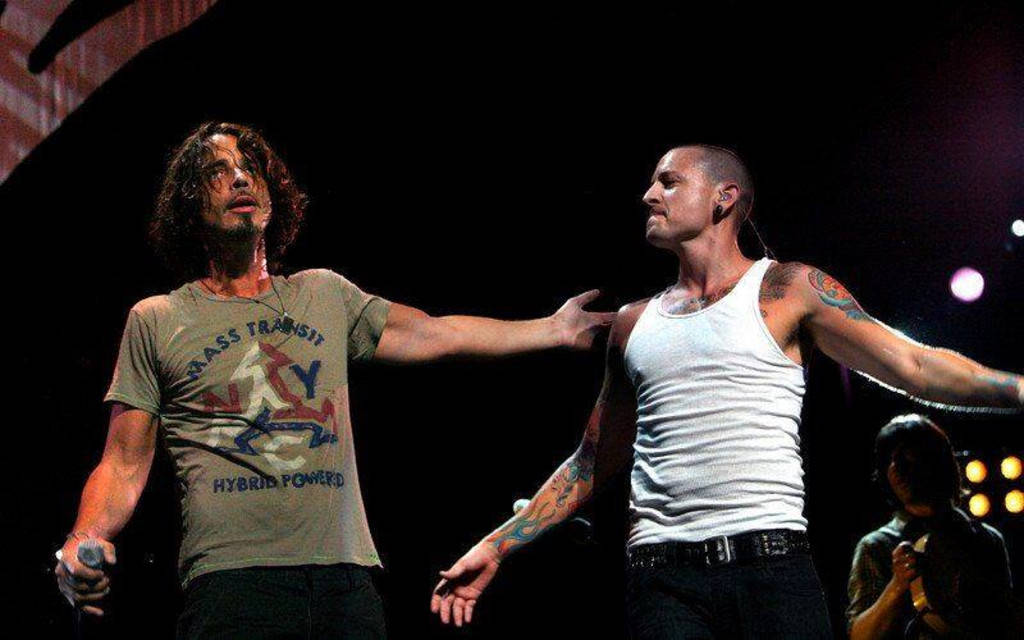 According to the Independent. Bennington was found dead in his home on Thursday, The 41-year-old was discovered inside his residence in the Palos Verdes Estates in Los Angeles.

A spokeswoman for the Palos Verdes Estates police declined to answer questions about whether Bennington had been found dead. She told The Independent: "At 8.56am officers were called to the 2800 block of Via Victoria"
The Los Angeles County coroner s office confirmed there was a death on Bennington s Palos Verdes block on the morning of Thursday, July 20.

His band mate Shinoda wrote on twitter: "Shocked and heartbroken, but it’s true. An official statement will come out as soon as we have one.”

Shocked and heartbroken, but it s true. An official statement will come out as soon as we have one.

Bennington’s suicide came up as a shock to many rock artists, Nikki Sixx tweeted about him in tears and how he wants those to reach out if they feel alone.

I am in tears.Chester just told me how happy he was…..He was such a sweet and talented man……Ifeel so sad for his family,band mates and fans

In one of the final tweets Bennington posted back in May he expressed his heartbreak for the victims of the Manchester terror attacks.

Linkin Park released their 7 th album and were scheduled to embark their world tour with a concert on July 27 in Mansfield, Mass, United States.

Fans and many celebrities have been sharing tributes writing on social media, along with posts of his performances, including the iconic song ‘Numb’.

I am heartbroken you do not know what someone s going through serious. Prayers up for your family right now my brother

So sorry to hear the news about Chester Bennington. Sending so much luv, strength & light to his family, kids & @linkinpark ohana.

R.I.P Chester Bennington
My thoughts are with his family & friends today
He & @linkinpark are the kindest folks you could ever hoped to meet pic.twitter.com/abS1e4t3Oi