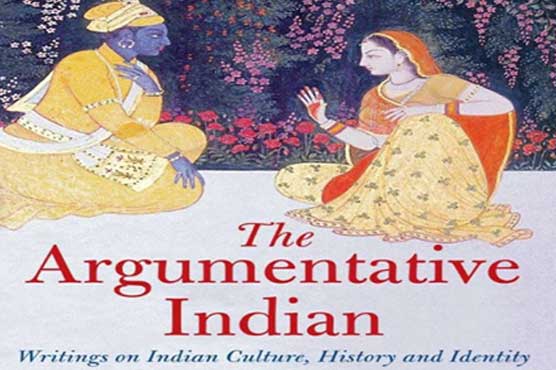 The documentary had been set for release this weekend.

NEW DELHI (AFP) - Indian censors have refused to certify a documentary film featuring Nobel prize-winning economist Amartya Sen unless words like "cow" and "Hindu India" are beeped out, the director said Wednesday, in the latest dispute involving the sensitive film board.

Suman Ghosh, a national award-winning director, said he screened his film "The Argumentative Indian" -- adapted from Sen’s book of the same title -- for censors in eastern Kolkata city on Tuesday.

After three hours of viewing, officials verbally asked him to delete the terms "cow" -- an animal considered sacred for Hindus -- "Hindu India" and "Gujarat".

"In a piece of cinema, I think it’s bizarre to just beep something suddenly," Ghosh told the NDTV news network, saying he was "quite shocked" by the censors’ objection.

"But I will not make any change at all," he said.

The documentary had been set for release this weekend.

Filmed over the course of more than 15 years, Ghosh’s new work mainly features Sen, a vocal critic of Modi, and Kaushik Basu, who was chief economic adviser to India’s last Congress-led government, in a conversation that ranges from economics and philosophy to the global rise of right-wing nationalism.

It mentions communal riots in western Gujarat state where at least 1,000 people, mostly Muslims, were killed in 2002 when Prime Minister Narendra Modi was chief minister there.

Ghosh said he was yet to receive an official notice from the Mumbai-based Central Board of Film Certification (CBFC).

The CBFC did not immediately respond to several calls and text messages by AFP seeking comment.

Sen said he was "absolutely astonished that there was anything controversial about it".

"The censor board has now made it an interesting film and I am grateful for that," he told NDTV.

Cow slaughter or consumption is a hot-button issue in India, where even rumours of them being transported can spark murderous reprisals and religious riots.

Indian censors often bar movies and cut scenes, especially those deemed too racy or at risk of causing religious offence, with filmmakers accusing them of intolerance and muzzling creative freedom.

The CBFC sparked uproar in February when it refused to certify an award-winning Hindi film exploring women’s sexuality for being "lady-oriented".

In 2015, it blocked the release of a toned-down version of "Fifty Shades of Grey" and deemed two James Bond kissing scenes unsuitable for an Indian audience.