'Project Ghazi' to be released on July 14 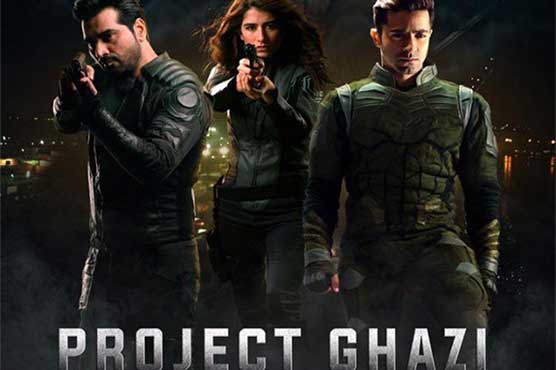 The producer and writer of the film said that “Project Ghazi” will be a hit film.

LAHORE (APP): The film of Syed Muhammad Ali Raza, “Project Ghazi” will be released in cinema houses on July 14.

The film is based on a Science fiction and senior TV artist, Talat Hussain has performed as a scienctist in the film. The film also highlighted the role of Pakistan Army for the defence of the country.

Talking to APP, the producer and writer of the film said that “Project Ghazi” will be a hit film and will be liked by the all classes of the public.

It may be recalled that newly released films, Yalghar, and Mehrunisa We love you, are doing big business all over the country.

CPEC project: Jammers to be installed for Chinese workers' security