We know its July but winter is really here: GoT S7 premiers this Sunday 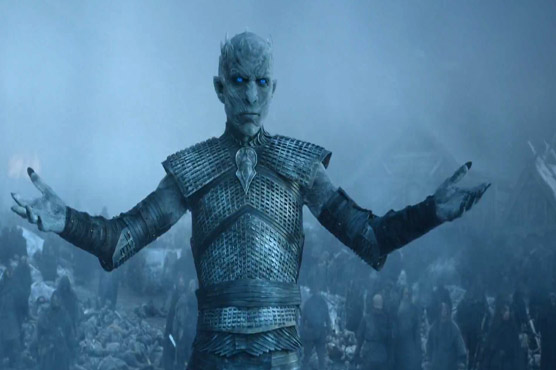 Season 7 of the hit television series GoT to premiere this coming Sunday. (Photo courtesy: HBO)

(Web Desk) - Winter is here. As the famous HBO series Game of Thrones gears up for its seventh season, fans are bewitched by the promos and teasers that are making rounds ahead of the season’s premier on July 16.

With the season premiering later this week, fans are busy talking about their favourite characters and how the impending war with the White Walkers is going to turn out. Twitteratis are posting tweets under the hashtag "winter is coming", "winter is here".

The main focus of this season is the mysterious and deadly Night King with his eerie blue eyes and a threatening look on his face. He first appears in the vision of Bran Stark in season 4.

“The Long Night is coming and the dead come with it."#WinterIsHere on 7.16 pic.twitter.com/dqUCrzjAqB

Game of Thrones recently gave Twitter users emoji to unlock a batch of posters showing its stars transformed into the white walkers with blue eyes and grey skin. HBO also allowed Snapchat users to turn themselves into White Walkers.

This has turned into a frenzy of Snapchat filters with hashtags and fans looking like White Walkers.

I m in love with this filter!! #WinterIsHere @GameOfThrones pic.twitter.com/lnlPkKm8Ti

A White Walker just crossed the wall and is right here in... #WinterIsHere @GameOfThrones pic.twitter.com/ajP1g5qPT8