Twitter Buffet is served: Maryam Nawaz and the salute

Like we promised, we have brought to you our vlogs with this episode of Twitter Buffet. However, before we go there, here are some interesting happenings from this week.

We hope you do not scroll right down to the vlog and skip the story.

Cyril asks Maryam to be easy on the drama

Cyril Almeida of Dawn Leaks fame also had his two cents on the events related to her appearance. Night before she was to appear, daughter of the premier tweeted about how she saw concern in her father’s eyes for her and how she told him she would not budge and stand tall for the family does not bear any guilt.

However, it was too much of a drama for Almeida as he wrote: “Easy on the drama, it s just a JIT...”

Momina Mustehsan and Salman Ahmed have something cooking for fans

Salman Ahmed, who more than being a musician, is sometimes mistaken for a cyber ninja was seen talking about music for a change and not politics. He announced ‘a project with Mustehsan in the pipeline’ (we assume) in a tweet that goes like this:

Super Girl @MominaMustehsan & I have a huge surprise coming up. pic.twitter.com/tUBtYdze5T

Whatever it must be, we are excited because for better or worse, collaborations are exciting!

United States (US) front man ruffled some more feathers with “fake news” CNN as a video was uploaded on Twitter in which he is seen boxing his hatred away with a man sporting a ‘CNN face’. Have a look and judge the man all you want. You are not the only one.

Some Shama Junejo ‘questions face of a PIA stewardess’

An alleged political scientist, PhD candidate and columnist with Huffpost questioned modest looks of a stewardess who has spent a career with PIA and is still in service. She took a notice of the ‘frown’ she had maintained whilst welcoming people aboard.

According to her, she did not mean any offence and only objected to her ‘welcome face’.

World s most senior air hostess welcomes the passengers onboard with this face.@Official_PIA Exclusive https://t.co/CHnMTKWYlP

However, PIA takes pride in its employees.

Spreading smiles in the skies with this face. Proudly serving PIA with professionalism and fearless commitment. #PIACabinCrew #PIASmiles pic.twitter.com/jZwzlfAcBT

Yes. Sad indeed. A car crash claimed a man’s life with Venus Williams behind the wheel.

She was driving her Toyota Sequoia in Florida when she met an accident that claimed a senior citizen’s life.

Latest reports suggest that police have found a fresh surveillance footage that shows Williams legally entering the intersection at which the collision took place. In other words, if the footage is considered the verdict in the issue, it was not her fault.

Another from the ‘house of Panamagate’: Maryam and SP salute

Premier’s daughter was paid a salute by a woman Superintendent of Police from special branch upon her arrival at the Federal Judicial Academy which was not taken well by the social media however, her salute in return, before she left for the PM House following the hearing, silenced many.

When law go down! Arrival of first daughter, lady officer salutes and then went down to pick paper dropped by MN pic.twitter.com/TFP9ieAj6T

We salute the daughters, not the ranks! If they respect you, respect them back ! All salutes are not protocol. Respect comes from the heart. pic.twitter.com/EkMcpfYRY2

THE LEGEND IS HERE.

The man himself graced Pakistan to appear in the Leisure Leagues. He arrived today in Islamabad.

Here is Terry’s apology though.

#Terry apologizes for not being able to make it for the #RonaldinhoAndFriends event. However, he hopes and looks forward to visiting soon. pic.twitter.com/5yKCG4XKKL

Dan Van Neikerk is the first ever bowler, female or male, to take four wickets without conceding a single run.

Hundreds of protesters descend on Ivanka s $5 million DC home (well, she is part of the administration) while neighbor watches in delight. pic.twitter.com/mrOUuRMCqj

Naz Gul Baloch won an international Karate championship this week and we did not hear anything about it on our mainstream channels.

Ali Zafar complained about the silence over Pakistani woman’s victory.

We have for you this week, Urwa Hocane s Mauritius tour, Zoya Akhtar s #LipstickUnderMyBurqaSelfie, A lit  Trump House  on the occasion of July 4th, a chic Karishma Kapoor in London and Ed Sheeran and Lady Gaga s selfie. 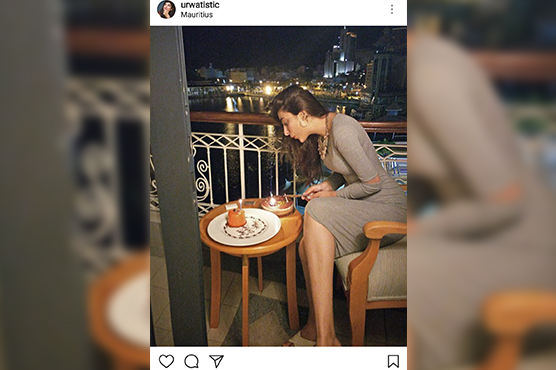 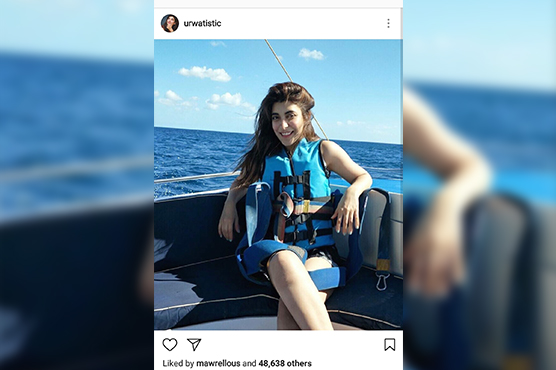 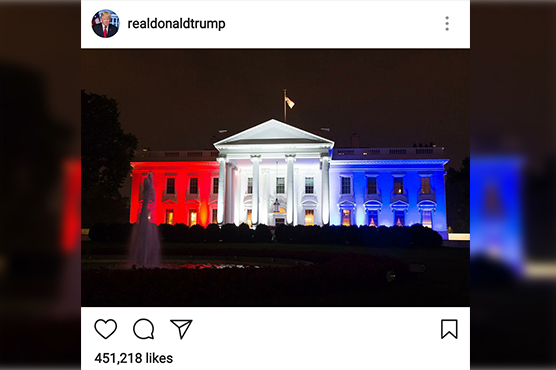 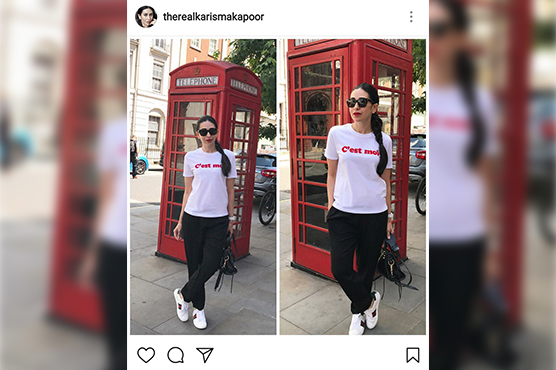 Without further ado, dig right in to the first Twitter Buffet vlog: