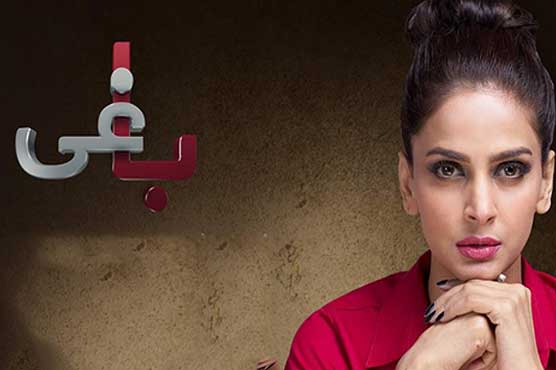 Stunning actress Saba Qamar has been seen playing the character of the model,

LAHORE (Daily Dunya) – The first promo of drama serial ‘Baaghi’ based on the life of slain famous model and social media star Qandeel Baloch is out now.

Stunning actress Saba Qamar has been seen playing the character of the model who was killed last year by her younger brother in the name of honour. Other actors Sarmad Khosat and Ali Kazmi would also be the part of the drama.

Qandeel Baloch rose to fame for the videos of Facebook that were branded provocative and titillating by the society however, on July 15, 2016, she was killed by her brother, cousin and other family members at her residence.

Baloch, believed to be in her twenties, had travelled with her family from the southern port city of Karachi to Muzaffarabad village in central Punjab province for the recent Eid holiday.

Hundreds of women are killed in Pakistan each year for so-called honour by respective relatives including husbands, fathers and brothers in different parts of the country.

Watch the promo below: