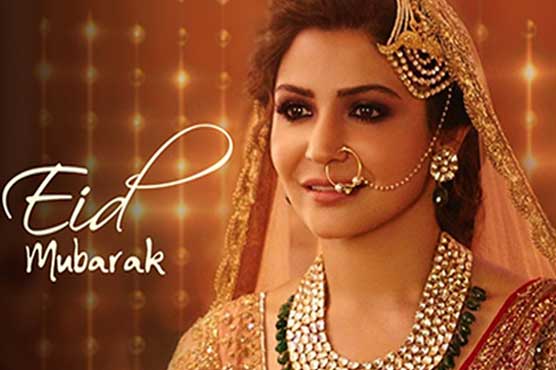 Bollywood celebrities extended their wishes to Muslims on Eid-ul-Fitr.

Wishing all an "Eid Mubarak" in advance before the Twitter gets busy! God Bless you with Health,Peace and Prosperity! pic.twitter.com/ELEXMEMhTP

Wishing you all a very happy Eid, And hoping that all the things you wish for will be yours through out the year!! #EidMubarak pic.twitter.com/mMtiguDNoA

Eid Mubarak to all. Love, peace and happiness always.:) pic.twitter.com/pXbMgdqIrB

Bipasha Basu revealed an interesting reason why she looks forward to Eid every year:

In her message, Sonam Kapoor posted a verse from the Holy Quran:

The word “Islam” is derived from the word meaning “peace” in Arabic. Islam is a religion revealed to mankind with the intention of presenting a peaceful life where the infinite compassion and mercy of God manifests on earth. God calls all people to live by the moral values He sets so that compassion, mercy, peace and love can be experienced all over the world. “O You who believe! Enter absolutely into peace (Islam). Do not follow in the footsteps of satan. He is an outright enemy to you.” (Holy Quran: 2, 208) #EidMubarak

May the goodness and blessings of God be with you all. #EidMubarak to all. pic.twitter.com/oiSnWqNmKw

Shah Rukh Khan posted a message for his fans on Twitter who gathered outside his residence to greet him:

Coming out in a bit friends https://t.co/RTpJs3cQIJ

Eid-ul-Fitr, the religious festival of Muslims, is celebrated on the first of Shawwal according to the Muslim Hijri calendar, marking the end of the holy fasting month of Ramazan.

The exact date of Eid depends on the lunar cycle, and it is traditionally celebrated for three days – although from country to country, the festival can last anywhere from one to four days.

Eid-ul-Fitr being celebrated with religious fervor