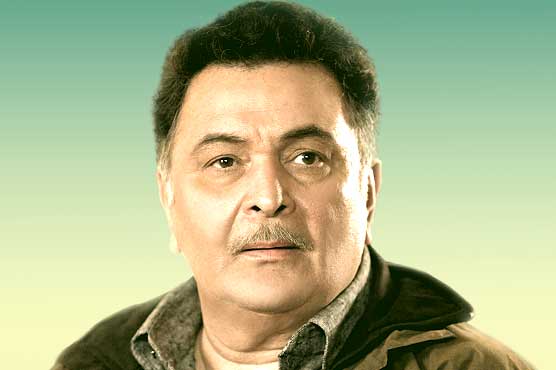 (Web Desk) - Yesterday was the much-anticipated ICC Champions Trophy Final between archrivals Pakistan and India. Against all odds, after being on the receiving end of much criticism, facing trash talk from retired Indian cricketers and demoralizing comments from retired cricketers from their own side, Pakistan managed to inflict a crushing defeat on India. The pre-match verbal jousting was not without the banter of Indian celebrities. One such Bollywood star was Rishi Kapoor, who angered a lot of Pakistanis by referring to the Indian team as the  Baap  of the Pakistani team.

The tweet provoked many Pakistani fans and they responded harshly.

After the initial response from Pakistani fans, Rishi decided to tone down his verbal attack but decided taunt Pakistani fans by bringing the  issue  of terrorism into the fray.

However, on Sunday, Pakistan ended up defeating India in a manner they have not been defeated in recent times. The green shirts scored a solid 380 and went on to win the match by a massive 180 runs. Talk about sweet but cold revenge.

During the match and following India s defeat, Pakistani fans wasted no time in getting back at Rishi Kapoor. 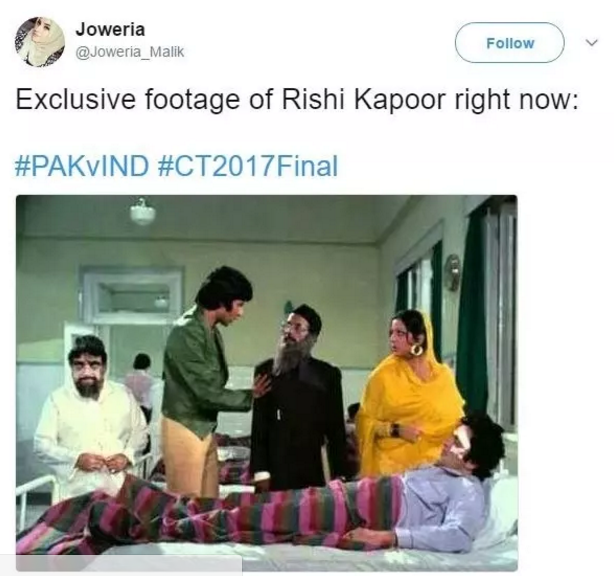 Eventually, Rishi Kapoor put down his weapons and raised the white flag. He finally tweeted his congratulations for the Pakistani team.

Congratulations to the Pakistani team for winning the ICC Champions Trophy 2017 and shutting down trolls for good.