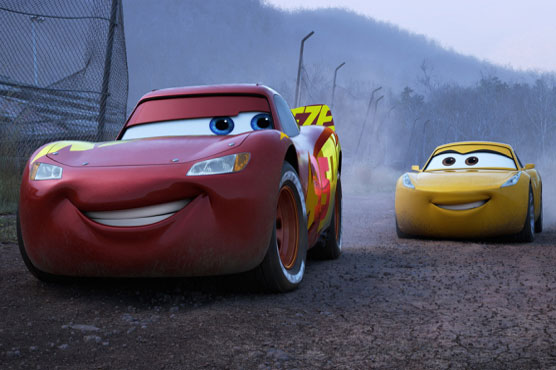 'Cars 3' raced past superhero flick 'Wonder Woman' to number one at the North American box office.

The third installment in Pixar s "Cars" franchise featuring Lightning McQueen and his longtime friends fighting off a challenge from a new generation of racers is voiced by stars including Owen Wilson, Cristela Alonzo and Armie Hammer.

Despite being knocked down to second place, "Wonder Woman" still had an impressive showing.

The action film starring Gal Gadot netted $40.8 million, for a total of $274.6 million in domestic ticket sales in three weeks, according to industry tracker Exhibitor Relations.

Gadot, of the "Fast and Furious" series, plays an Amazonian goddess-princess-superhero whose lasso, bracelet and tiara have magical powers.

In third place was newcomer "All Eyez on Me." The Tupac biopic beat expectations with $27.1 million in ticket sales for Demetrius Shipp Jr. s portrayal of the legendary rapper s rise, prison sentence and shooting death.

It buried "The Mummy," starring Tom Cruise, which placed fourth. The latest revival of the original "Mummy" made in 1932 took in $13.9 million in its second weekend.

The film, which cost $125 million, has been widely panned by critics.

Fifth place went to "47 Meters Down," the adventures of two sisters who fend off a shark attack after going cage diving. It scored $11.5 million.