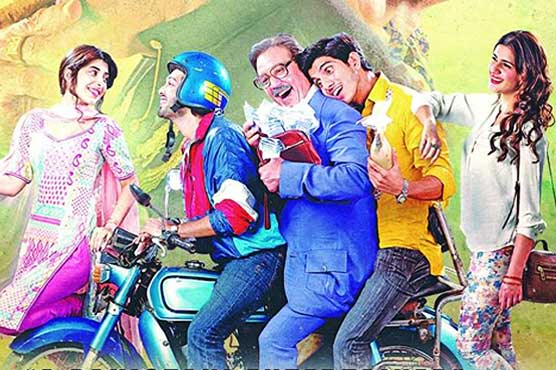 The film is slated to hit the screens on Eid-ul-Azha.

LAHORE (Daily Dunya) – The shooting of Pakistani movie Na Maloom Afraad 2 has been completed however, its trailer will be released on June 21.

After the success of Na Maloom Afraad 1, director Nabeel Qureshi had decided to produce its sequel with the same actors that include Fahad Mustafa, Mohsin Abbas, and Javed Sheikh whereas Urwa Hocane and Hania Amir would also be seen in leading roles.

Producers Fiza Ali and Nabeel Qureshi have made two block buster films ‘Na Maloom Afraad 1’ and ‘Actor In Law’ under the banner of Filmwala Entertainment so far.

Mukhtar Mai victim attends US opera inspired by her story