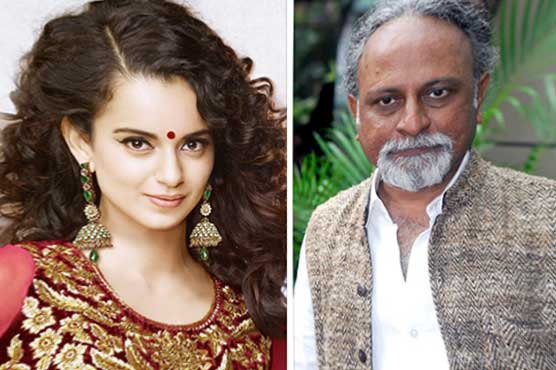 On the other hand, Kangna's lawyer denied the allegations, terming them as baseless.

MUMBAI (Daily Dunya) – Famous Indian director Ketan Mehta has sent a legal notice to Bollywood actress Kangna Ranaut for hijacking his ambitious project based on the life of Queen of Jhansi.

The director approached Mumbai s Economic Offences Wing (EOW) and filed a complaint of cheating against Kangana Ranaut. He alleged that the Fashion actor has not only stolen his script but also hurt him by breaching his trust.

“Kangana being privy to all the documents and research material along with the script shared with her, has knowingly committed the act of trying to hijack the project in collusion with Producer Kamal Jain & others,” read a press release issued by Ketan Mehta.

Source close to Ketan Mehta has been quoted in a press release saying, “This is a brazen act of hijacking a film project. This subject has been Ketan’s labour of love for over ten years & he believes that Rani of Jhansi is a great subject which can travel across the world. I know he has worked very hard to develop the entire project and has invested lots of time, energy and money in it. The act is a criminal breach of trust and a completely unethical attempt at stealing someone’s fully developed film project.”

On the other hand, Kangna’s lawyer denied the allegations, terming them as baseless.