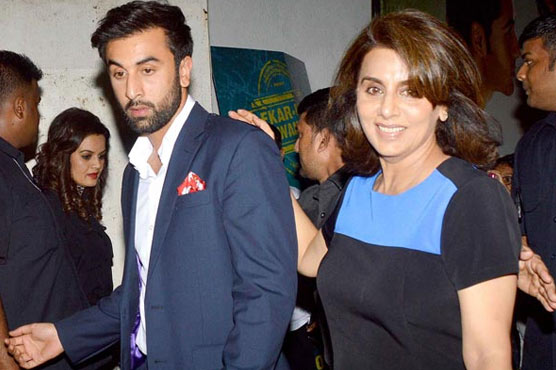 (Web Desk) – Bollywood’s heartthrob Ranbir Kapoor reportedly met a girl on his London visit with mother Neetu Kapoor. He met a girl’s family and it is likely that they talked about tying the knot, according to Indian media.

The 34-year-old actor was on a holiday trip with his mother. He took a causal break from the shooting and speculations claimed that the mother-son duo had gone to meet a girl and her family to talk about the probable marriage.

One report even claimed that the holiday in London was all about meet and greet with the girl’s family, though nothing is official as of yet.

Barfi star is currently shooting for “Jagga Jasoos” with Katrina Kaif while the movie is directed by Anurag Basu. The movie will release this year and it appears to be an entertaining, comedy drama.

Earlier, rumours said Ranbir and Katrina took a pause from shooting due to their breakup.

Director Anurag Basu commented on the Ranbir-Katrina breakup saying that they were professional so work never got affected, adding that their personal relationship never became a hurdle for the film shooting.