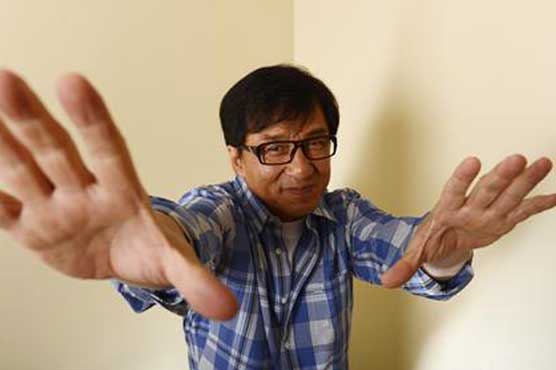 Jackie Chan wasn't in the mood for proclamations.

The Hong Kong martial arts film star, who declared last year at France s Cannes film festival that he was retiring from action films, now says that after more than a decade of contemplating quitting, he is going to let his body decide.

"When I was 40-something the media would ask me and then I said another five years, and then five years and five years until now," the Kung Fu actor said in an interview promoting his 2012 Chinese action film "Chinese Zodiac," which will be released in U.S. cinemas on Friday.

Chan, famous for performing all of his high-flying and physically punishing stunts, has appeared in more than 100 films and now writes, produces and directs his own films in Asia.

"I get hurt," the actor said after 50 years of flips, kicks and punches. "It gets really tiring, not like it used to be."

The only real outward sign of aging in Chan are some crow s feet around the eyes. He is obviously in great shape still, but won t reveal his secrets for staying that way.

But as Chan starts to enter his twilight years he laments how Hollywood typecasting may force him to begin using a stunt double for his acrobatic scenes as he believes Hollywood studios would never cast him in dramatic roles.

"I hope the audience, after they say,  Jackie, that s a double!,  they forgive me," Chan said in his trademark broad-grinned and animated style.

"Then I can continue (my career) because poor me, nobody in Hollywood hires me to make a  Kramer vs. Kramer  (or) like  Sound of Music  - actually I m a pretty good singer - and nobody hires me to do this kind of film," Chan said, referring to the 1979 family drama and 1965 musical, both Oscar winners.

"All we think about Jackie Chan: Chris Tucker,  Rush Hour  one, two, and three ... always action-comedy, action-comedy," he said about the "Rush Hour" buddy-cop film series with comedian Chris Tucker that helped Chan cement his place in Hollywood 15 years ago.

Chan has already added "dramatic actor" to his resume with the 2011 Chinese historical drama "1911" about the revolution that overthrew China s final imperial dynasty.

"I really hope someday in Hollywood, some producer or director will hire me only to do drama," Chan said. "I (would) really appreciate it."

But that is never going to happen, Chan believes.

"Why?" he asks rhetorically with a sigh. "Because the audience is just not used to seeing Jackie Chan doing drama."

Chan s ideal roles would be in films such as 1988 Oscar-winner "Rain Man," which starred Dustin Hoffman as a savant and Tom Cruise as his yuppie brother together on a road trip, or 1982 s "Tootsie," also starring Hoffman as an actor who dresses as a woman to land acting roles.

That also held him back from pursuing a role in "The Interpreter," a 2005 thriller starring Nicole Kidman and Sean Penn. Chan said his manager thought the role would be good but told him the amount of dialogue was too tough.

Chan said that although the part would have been difficult, he does regret turning it down because he lost an opportunity to work with Kidman and a chance to burnish his legacy.

"I see so many action stars all those years come and go, and come and go," Chan said. "Action stars cannot live too long, unlike drama, true actors, like Robert De Niro, Dustin Hoffman, they live forever."