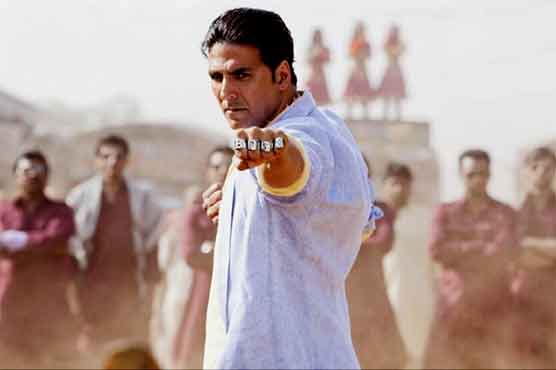 Turns out to be one of the actor's biggest openers worldwide and is growing stronger day by day.

MUMBAI (Web Desk) - The verdict is out. Akshay Kumar s latest release BOSS, which hit the screens on Wednesday all across the globe, has turned out to be one of the actor s biggest openers worldwide and is growing stronger day by day.

BOSS is rock-steady at the Box Office despite a working day!! The Domestic box office early approximates on Day 2 is 8.15 crore plus making the total collections 23.15 crores BOSS.
The family entertainment film has been running into packed houses in almost all the single screens and multiplexes.

Touting to be Akshay Kumar s best performance at the box office!! The film which hit the screens on the auspicious occasion of Eid is definitely living upto the immense expectations of the audiences and the film fraternity.

An eclectic mix of action, comedy, romance and drama combined to make a perfect Bollywood paisa vasool flick, BOSS has definitely lived up to its promise judging by its collections in just 2 days.

From the megastar Akshay Kumar, to Mithun, Danny Denzongpa, comedian Johnny Lever to the budding chemistry between Shiv Pandit and Aditi Rao Hydari along with the fun-action-comedy storyline, the movie has the perfect commercial package!

Well looking at the statistics coming in from all centers, BOSS is poised to be the next BIG box office bonanza in this festive season.