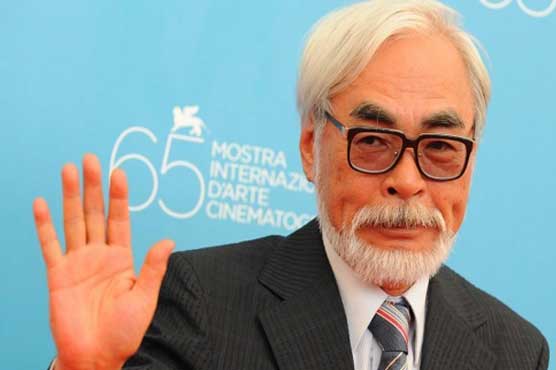 "The view here is that there will be no 'second Miyazaki'", film critic Mark Schilling said.

"The view here is that there will be no  second Miyazaki ", Tokyo-based author and film critic Mark Schilling told AFP.

The market for Asian animation is dominated by children s films, Schilling said, and not the more adult-themed productions Miyazaki became famous for, such as his Oscar-winning "Spirited Away" in 2002.

The 72-year-old director last month shocked the industry - and his legions of fans - by announcing he was walking away from directing.

The decision was made even as Miyazaki s latest production "The Wind Rises" -- a look at the life of the man who invented Japan s Mitsubishi Zero fighter airplane - continues to dominate the box office in Japan. It has collected an estimated $115 million in takings since its July release.

Schilling - who translated the Miyazaki-themed book "Princess Mononoke: The Art and Making of Japan s Most Popular Film of All Time" - said audience figures for many animators working in a similar hand-drawn style would inevitably fade.

"None of their films have scaled the Miyazaki-like box-office heights and it s hard to see how they can in the future."

The small marketplace has not deterred 35-year-old Yeon Sang-Ho, whose second feature "The Fake" was a hit with critics at the Busan International Film Festival held earlier this month.

"Animated films for adults are actually rare," he told AFP, on the sidelines of the festival. "So even when a film gets money invested in it, it s still difficult to get it released.

"Animators like me will just have to make people become more familiar with animation by making more films."

Despite being lauded by critics - and picking up three awards at Busan in 2011 - Yeon s debut "The King of Pigs" did not recoup its $150,000 budget from box office takings.

Undeterred, Yeon has infused his latest production with a similar brand of savage and profane social comment as he explores the story of a man locked into battle with an unscrupulous church leader.

The director, while acknowledging that the market for more mature-themed animation in Asia was small, said the reaction to his first feature and the inspiration he drew from the likes of Miyazaki and the manga artist Minoru Furuya ("Himizu") had made him fiercely determined to continue developing his own style.

His films are noted for their ultra-realistic mix of computer-generated and hand-drawn images.

Also capturing the attention of both critics and the audience in Busan was 23-year-old Korean Han Yeo-ul, whose "The Child Who Draws an Octopus" was the only piece of animation in the running for the festival s major prize for Korean short films.

"Animation allows me to capture the innocence of childhood," she said. "You can capture how the world looks through a child s eyes but still look at serious issues."

While Han also acknowledged the market was small, she said it gave her freedom to communicate more directly with her audience.

"You can express yourself more [in animation] than in other films. It is a very personal thing."