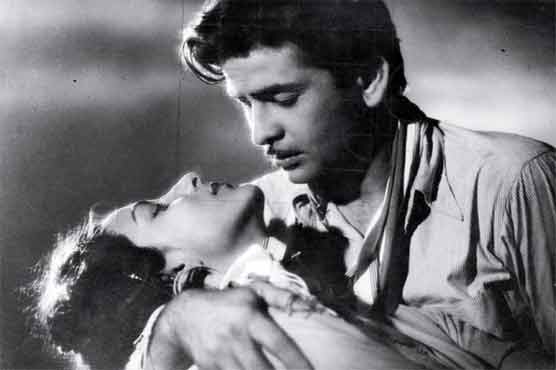 MUMBAI (Web Desk) - In a surprise, apart from Raj Kapoor s movies like Awara and Shree 420, the films that are most popular in Russia are Hema Malini-starrer Sita aur Gita and Mithun s 1982 movie Disco Dancer.

Yesteryear Bollywood icon Raj Kapoor is a hot favourite in Russia but "disco dancer" Mithun Chakraborty is not far behind, as the country s love affair with Indian movies is still very much alive.

Bollywood continues to inspire and entertain many Russians and Raj Kapoor remains one of the biggest overseas names in Russia till date. A group of visiting Indian journalists experienced this in Tatarstan, a state under the Russian Federation.

"We love Indian films as they are mostly about love, relationships and emotions. When they fight, they fight, when they love, they love," Ayder Khasanov, Tatarstan s Ministry of Youth, Sports and Tourism official, said.

In a surprise, apart from Raj Kapoor s movies like Awara and Shree 420, the films that are most popular in Russia are Hema Malini-starrer Sita aur Gita and Mithun s 1982 movie Disco Dancer.

"When I was young my mother did not let me watch Indian movies as they were so emotional I would start crying," Khasanov said. "I loved Sita aur Gita, Disco Dancer and recently saw Shahrukh Khan s  My name is Khan  which was fantastic," he said.

Russians have always loved Indian cinema and with the appearance of a satellite channel  India TV , broadcasting Indian films and programmes dubbed in Russian language, the young people in the country have taken to movies big time.

"I love Indian films, Raj Kapoor was a fine actor. I have also seen Disco Dancer, the hero of that film is also good," Julia Karavaev, expert in the committee for tourism and foreign relations, said.

On visiting Kazan and the surrounding tourist areas in Tatarstan such as Bolgar, Elabuga and Sviyazhsk, the Indian journalists were surprised by the knowledge and enthusiasm the Tatar and Russian people had about Indian movies.

In Elabuga, Svetlana Andarzyanova, a tourist centre official, said "I am crazy about Indian movies, Raj Kapoor is my favourite, though I also like Disco Dancer Mithun." "All the Kapoors are wonderful actors and Ranbir is amazing," she said, adding that her favourite movies are Awara, Shree 420, Sita aur Gita and Disco Dancer.

In Sviyazhsk, an elderly man named Renat surprised journalists by saying that the 1952 classic Baiju Bawra was his favourite film. "I love Raj Kapoor, he was a natural, and I also like Amitabh Bachchan, he is cool," he said.

Raj Kapoor continues to remain a loved figure in Russia and one of the primary reason for this according to local residents is that after watching films like Awara and Shree 420, the actor became a symbol of optimism for the people.