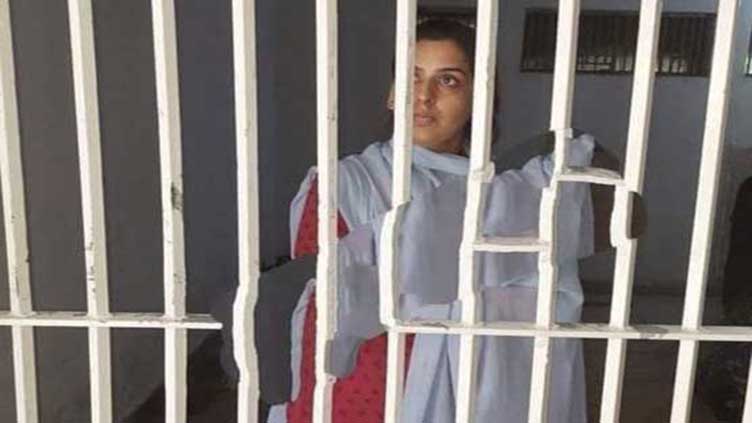 FAISALABAD (Dunya News) – The police on Wednesday produced a woman accused before the court involved in a ghastly incident, a teenager was tortured, humiliated and sexually harassed over her refusal to marry an older man, who is the father of her friend.

The police have also detained six persons including the main accused and the woman Maham involved in the incident. During the search of the house of the accused, liquor bottles, and were also recovered. However, the police presented the accused Maham Bibi in the local magistrate’s court and requested a 14-day physical remand.

A video of this inhuman humiliation surfaced on Tuesday and has since gone viral on social media platforms.

In the viral clip, a woman can also be heard being indulge in this heinous activity.

Khadija told the police that the accused was the father of her friend, who wanted to marry her, adding that the suspect barged into her house along with 16 of his companions.
She said that her friend also encouraged her to accept the proposal.

“They cut my hair, shaved my eyebrows and forced me to lick shoes,” said the poor girl.

The police, taking notice of the matter, registered a case against 16 people including the girl’s friend while six accused have been taken into custody.