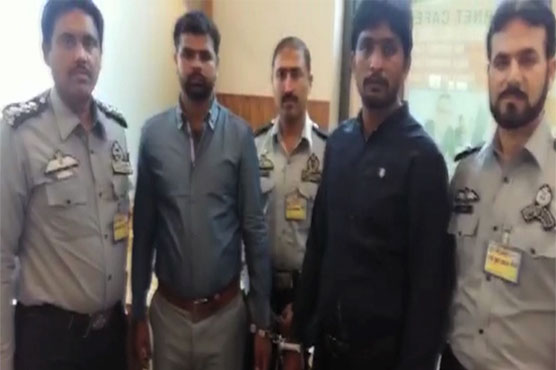 They were handed over to anti-human trafficking cell.

The men identified as Humayun Azhar and Rafaqat Ali were due to travel from Pakistan International Airline s (PIA) flight.

They were caught by the Federal Investigation Agency (FIA) when their passports were checked at the immigration.

Both the suspects were arrested immediately and a case was registered against them.

Later, they were handed over to anti-human trafficking cell.

FIA has said that the passengers had received their visas through an agent.

Efforts are underway to arrest the escaped agent.

World Performing Arts Festival to begin from November 24 in Lahore