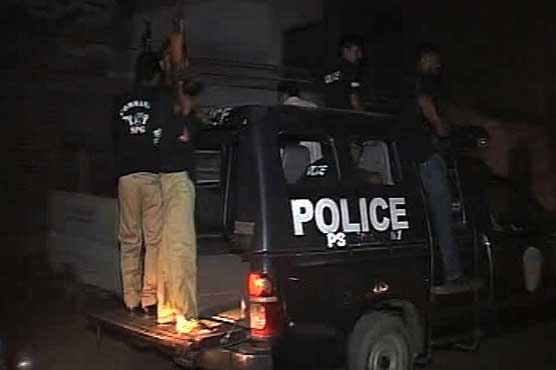 Two teams of police were also dispatched for interior Sindh.

KARACHI (Dunya News) – Police late Friday night took 3 alleged suspects into custody after unknown suspects on a motorcycle attacked a police station in Gulshan-e-Iqbal area. The explosion caused shattered the window of a room of the building.

According to the details, a case was registered against the felons on the basis of Anti-Terrorism Act after which a crackdown was started in Karachi and interior Sindh against the perpetrators during which police search particular houses during their operation.

Two teams of police were also dispatched for interior Sindh.

The suspects had fled the scene after police opened fire on them.