Two get life sentence for murder of Russian journalist 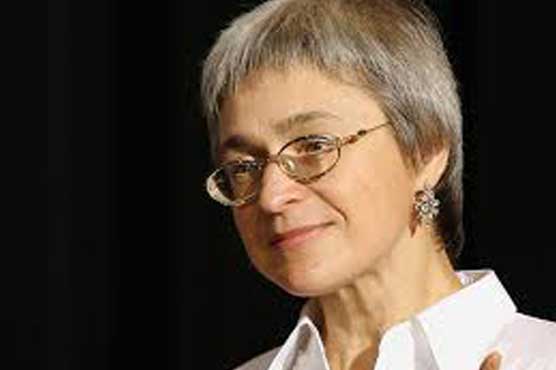 Makhmudov's two brothers Dzhabrail and Ibragim were sentenced to 14 and 12 years respectively.

MOSCOW (AFP) - A Russian court on Monday jailed two men for life for the 2006 murder of investigative journalist Anna Politkovskaya while handing down sentences of between 12 and 20 years to three others.

Rustam Makhmudov of Chechnya, convicted of firing the fatal shots at Politkovskaya, and his uncle Lom-Ali Gaitukayev, found guilty of organising the brazen hit, were jailed for life at Moscow city court, Russia s Investigative Committee said in a statement.

Makhmudov s two brothers Dzhabrail and Ibragim were sentenced to 14 and 12 years respectively in a penal colony for their roles in the killing, while former Moscow police officer Sergei Khadzhikurbanov was handed a 20-year term.

Politkovskaya, a reporter at liberal newspaper Novaya Gazeta who had been a fierce critic of the Kremlin s tactics in Chechnya, was gunned down at age 48 in the lobby of her Moscow apartment block on October 7, 2006.

An earlier trial in the murder involving several of the same defendants ended in an acquittal in 2009. The supreme court overturned that decision and then eventually halted a retrial by the same court following a demand by Polikovskaya s family to allow further investigation into the case.

Almost eight years on, Politkovskaya s family and colleagues, while welcoming the outcome of the new trial, have voiced disappointment that investigators have yet to identify the mastermind behind the apparent contract killing.

-  The investigation must continue  -

"I will not be satisfied until those who ordered this crime face the same verdict," Politkovskaya s son Ilya said in televised comments after the sentencing.

Colleagues from Politkovskaya s newspaper echoed that call, saying that while the sentences were adequate none of "the main players" in the murder have been unmasked.

"It is impossible to say that you can now put a full stop on the investigation," said Novaya Gazeta deputy editor Sergei Sokolov. "The investigation must continue."

For its part the Investigative Committee pledged that they would press on with attempts to bring the mastermind of the shooting to justice.

"Comprehensive measures are now being taken to identify the person who ordered the murder," spokesman Vladimir Markin said in a statement.

A spokesman for the state prosecutors hailed the sentences as "lawful, grounded and just", the Interfax news agency said.

Lawyers for the men, who were convicted last month, have pledged to appeal the sentences, Interfax reported.

Politkovskaya made powerful enemies with her fearless reporting and exposure of atrocities carried out by pro-Kremlin armed groups in Chechnya.

Days after her death, President Vladimir Putin played down her importance, saying: "Her ability to influence political life in Russia was extremely insignificant."

Prosecutors say that on the day of the murder Ibragim Makhmudov saw Politkovskaya driving home and tipped off his brother Dzhabrail, who then told Rustam, who entered the foyer of the apartment block in central Moscow.

"When the journalist entered the lift, Rustam Makhmudov fired several shots at her with a pistol. The weapon was left at the scene. After that the participants fled," the Investigative Committee said.

Dzhabrail and Ibragim Makhmudov and Khadzhikurbanov had been acquitted in the earlier trial.

A former policeman, Dmitry Pavlyuchenkov, was found guilty in 2012 of tracking Politkovskaya and providing the murder weapon. He was sentenced to 11 years in a prison camp after agreeing to cooperate with the investigation and face trial separately.