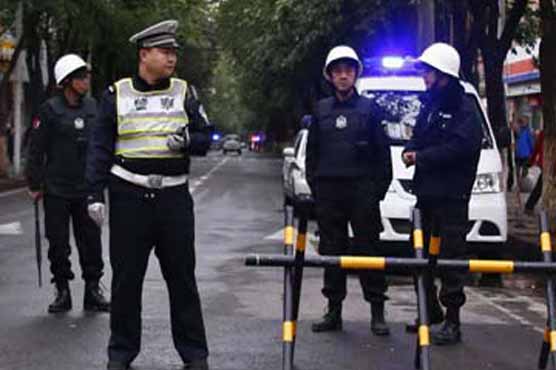 Zhu was detained in Daqing City, Xinhua said, adding the motive of the crime is not yet known.

BEIJING (AFP) - A jobless man was detained Monday in northeast China for allegedly bombing a popular fast-food chain after blackmailing it, state media reported, the latest act of suspected violence by disaffected citizens.

Zhu, 34 and unemployed, telephoned the restaurant beforehand and said there would be an explosion within five minutes, the report said.

Two policeman who rushed to the scene were injured in the blast and remain in hospital, the state-run agency added. No deaths were reported.

Zhu was detained in nearby Daqing City, Xinhua said, adding "the motive of the crime is not yet known".

The report cited police saying he blackmailed the restaurant for 100,000 yuan ($16,000), but offered no further details.

Disgruntled citizens have staged several incidents elsewhere in the country in recent years.

In June last year, a street vendor set fire to a bus in Xiamen in east China s Fujian province, killing himself and nearly four dozen passengers in an act of retaliation against local authorities.

One of the highest-profile cases came last July, when Ji Zhongxing, a wheelchair-bound man from southern China, detonated a homemade bomb at Beijing s international airport in a protest against alleged police brutality.

Ji was sentenced to six years in jail, a punishment that triggered a wave of public sympathy among users of China s popular online social networks.