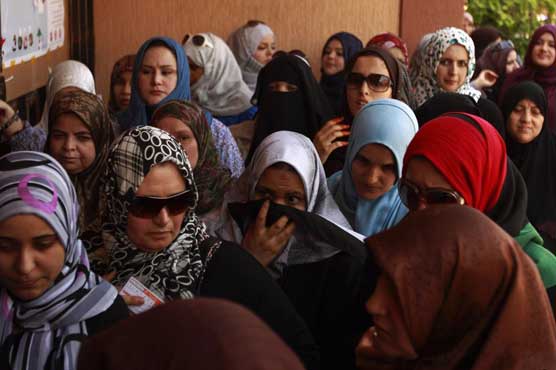 The country continues to have one of the highest incidences of sex crimes in the world, 11 years on.

DAKAR (AFP) - Mothers raped during Liberia s civil wars are facing the fresh trauma of seeing their daughters attacked in peacetime due to a persistent "hyper-masculinity" in society, a leading think tank said Monday.

The Overseas Development Institute (ODI) said that while up to 77 percent of women are thought to have been victims of sexual violence during Liberia s 1989-2003 conflicts, the west African country continues to have one of the highest incidences of sex crimes in the world, 11 years on.

"War can lead to an environment in which sexual violence is normalised. After the war, men are often aggressive,  hyper-masculine  and struggle to adapt to peacetime," said Nicola Jones, a research fellow at the London-based think tank.

"The legacy of sexual violence can have devastating impacts not only on individuals and families but also on whole communities," she said.

Rape became endemic as a weapon of fear during the wars and is still rampant, going unpunished more often than not.

Child soldiers served as a sexual plaything for Liberian rebels between battles during the savage conflicts.

Yet the crisis persists and two-thirds of rape victims in Liberia last year were children, the government said in January, revealing that 10 children under 14 had died as a result of their injuries.

Ministers said 65 percent of the 1,002 cases reported in 2013 concerned victims aged between three and 14, yet just 137 cases came to court and only 49 rapists were convicted.

The ODI interviewed teenagers, their families, community leaders and care workers across Liberia for "The Fallout of Rape as a Weapon of War", a study released Monday on how women continue to experience the nightmare of sexual violence as Liberian society struggles to readjust to peace.

The study includes the case of a two-year-old girl raped by a family friend in the northwestern county of Bomi.

The girl s mother needed to go to the local market, so when the man came to visit, she asked him to mind her child for an hour, a welfare officer told ODI.

"When she got back home her daughter was screaming and screaming," the officer was quoted as telling researchers.

"He had claimed it was just a case of the child missing his mother but after he left the infant continued to scream and when she went to change the infant s diaper she discovered that the baby had blood all over her legs and private parts."

President Ellen Johnson Sirleaf has overseen the enactment of harsh new rape laws, the creation of a dedicated rape court, and a women s police unit launched in 2009.

But convincing women and girls to press charges remains a major battle and those who do often change their minds, fearing stigmatisation and preferring mediation by community elders or village chiefs.