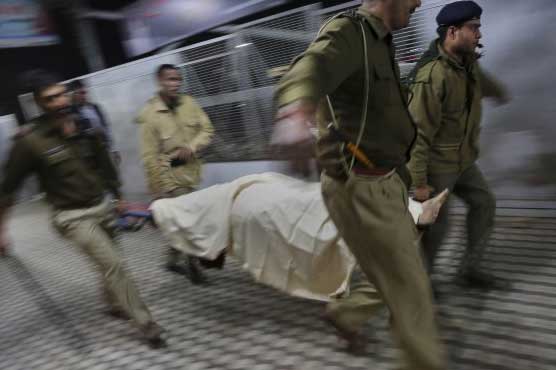 The 40-year-old man had a British passport in his pocket which bore the name Rodick Andrew Reymond.

NEW DELHI (AFP) - Indian police said they had found the body of a murdered Briton wrapped in a plastic bag and dumped outside shops in New Delhi.

The 40-year-old man had a British passport in his pocket which police said bore the name Rodick Andrew Reymond. The body was found on Sunday morning at a market in the capital, a Delhi police spokesman said.

"It is a murder. We found the body in a decomposed state," said spokesman Vijay Kumar.

Local newspapers reported that the man, found wrapped in a large blue plastic bag, appeared to have been beaten around the head. He also had burn marks on his face, according to reports, although this could not be confirmed with police.

"Other details will be known after the autopsy report," an investigating officer from Nizamuddin police station told AFP.

Police were trying to determine whether his badly damaged passport was genuine, the Hindustan Times said. The passport showed he had arrived in India two months ago on a tourist visa, the Times of India said.

The crowded Nizamuddin area where the body was found is home to a Sufi shrine popular with tourists.

Some 20.7 million foreign nationals visited India during 2012, according to the latest figures from the ministry of tourism, with New Delhi high on the itinerary.

The safety of tourists in India was highlighted in January, after rape cases involving German and Danish tourists and a Polish woman living in the country.