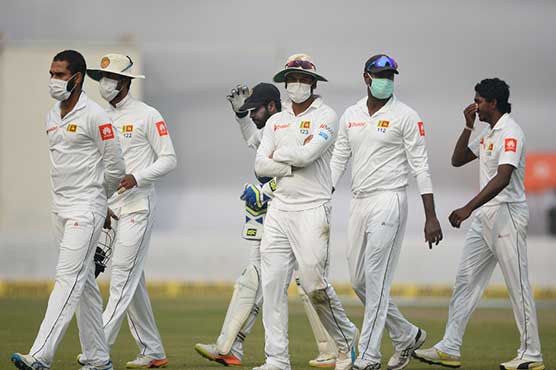 NEW DELHI (AFP) - Medical experts are to examine whether India was right to hold a Test match against Sri Lanka during hazardous smog in New Delhi, the game’s world governing body said Friday.

The controversy will also be discussed at an International Cricket Council (ICC) meeting in February.

"The ICC has noted the conditions in which the Delhi Test was played and has already requested the issue is considered by the medical committee for guidance should the situation arise in future," said an ICC statement.

Sri Lankan players wore masks while fielding during the match which ended in a draw on Wednesday. Bowlers from both sides were seen vomiting on the ground.

At its peak, concentrations of the smallest and most harmful pollution particles were at 18 times the World Health Organization’s safe limit, according to the US embassy website.

The Board of Control for Cricket in India has already said New Delhi could be dropped from hosting internationals during its peak pollution season in November and December.

The ICC medical committee can make recommendations to the world body’s executive on "any medical issues affecting international cricket".

The ICC statement said that the pollution "is likely to be discussed in February’s ICC meetings".