PSL 3 schedule is out, final in Karachi on Mar 25 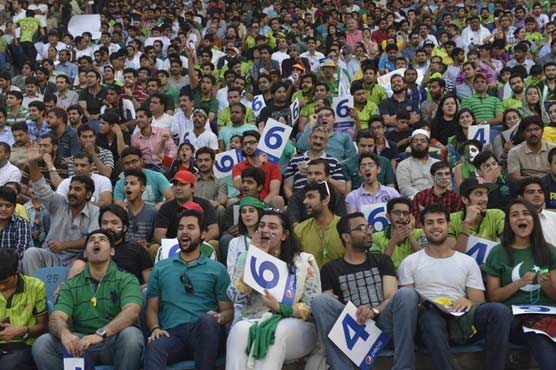 PSL 3 schedule is out, final in Karachi on Mar 25

The T20 games in third edition of PSL will be played in Dubai, Sharjah, Lahore and Karachi

LAHORE (Dunya News) – The third edition of Pakistan Super League (PSL) will be played at multiple venues including Dubai, Sharjah, Lahore and Karachi, according to the schedule released on Thursday.

The tournament will feature six teams with the addition of Multan Sultans that will debut in the PSL arena. The other five teams, Islamabad United, Peshawar Zalmi, Quetta Gladiators, Lahore Qalandars and Karachi Kings have already played the first two seasons of PSL. 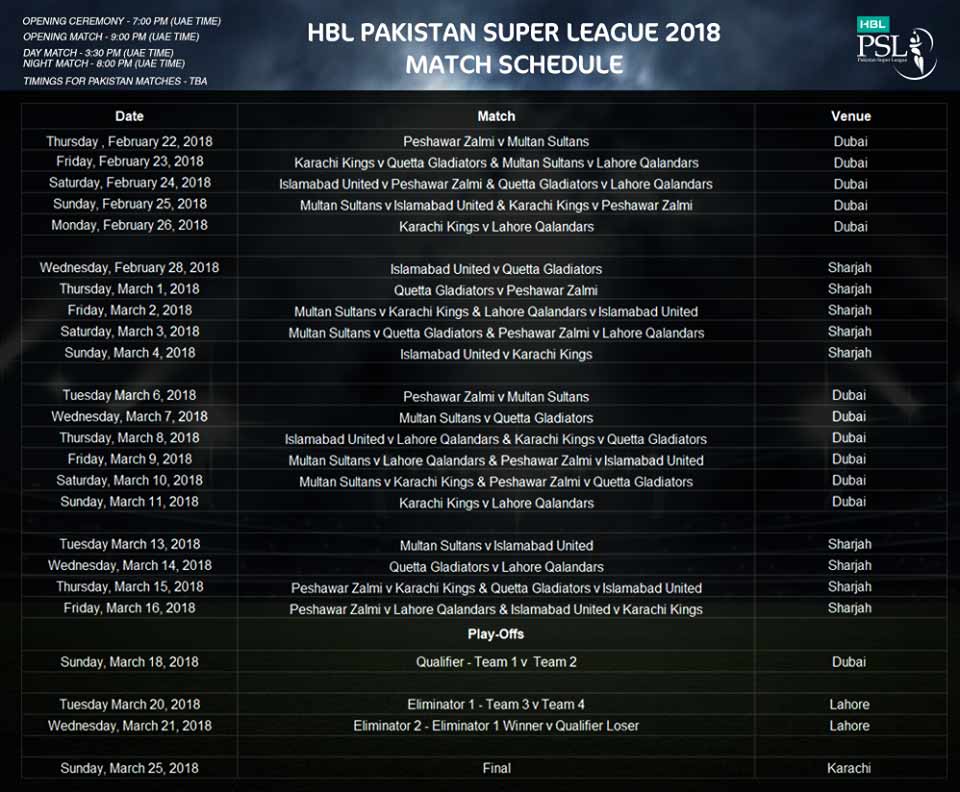 The first match of the played-studded event will be played in Dubai, between Peshawar Zalmi and Multan Sultans on February 22, next year. After the group stages and one play-off in the United Arab Emirates (UAE), the three teams will move to semi finals which are scheduled in Lahore.

Peshawar Zalmi is the defending champion as it defeated Quetta Gladiators in the final of PSL-2 played in Lahore s Gaddafi Stadium.