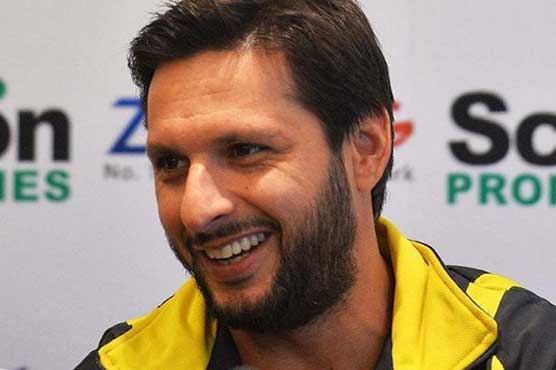 Afridi said that he wants to give his full attention to his foundation.

Afridi said that he wants to give his full attention to his foundation. He said that Javed Afridi has set new target and vision and he doesn’t want to become hurdle for him.

He said that delay in quitting Peshawar Zalmi was due to some promises made with team’s management.

He further said that he wants to focus on new projects of his foundation.

Earlier, in his message on twitter, Afridi wrote that "I am announcing end of service as president and player for Peshawar Zalmi team due to personal reasons."

Shahid Afridi led Peshawar Zalmi in the first edition of Pakistan Super League but handed over captaincy to West Indian Darren Sammy in the second edition of PSL.

Sarfraz is fully capable to lead the Test side: Misbah