It should begin with lawmakers if we want to create tax culture: Tarin 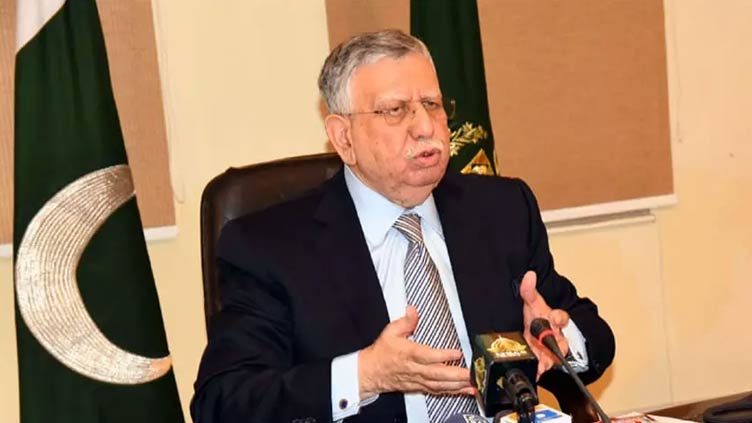 It should begin with lawmakers if we want to create tax culture: Tarin

ISLAMABAD (Dunya News) – Minister for Finance Shaukat Tarin said on Monday that if tax culture is to be created, it should start with the parliamentarians.

Addressing a function on the occasion of launching the Tax Directory of MPs, he said that tax has an important role to play in the development of the society.

The minister said that the country cannot develop unless tax revenue is collected, adding that to promote tax culture, it should begin with the parliamentarians. “Lawmakers should be role models for the people in paying taxes.”

Tarin went on to say that steps being taken for transparency and simplification in tax system, adding that whoever has the power here hides the tax.

“We are not even able to meet the current expenses from our revenue,” he said.

Regarding the bill, he said the government would get finance bill passed from the National Assembly very soon after which it would be presented in Senate for final process, adding new taxation in the budget would be adjustable and refundable.

The finance minister said the government is taking steps for proper documentation of national economy for future taxation and production of different commodities.

He said the prices of commodities would be reduced soon as the government has enhanced the volume of taxation on luxury items to provide relief to the common masses.

Shaukat Tarin said most of the countries faced inflation due to COVID-19 pandemic but now the situation is being controlled gradually.

He said the government is also taking various measures to control depreciation of national currency.