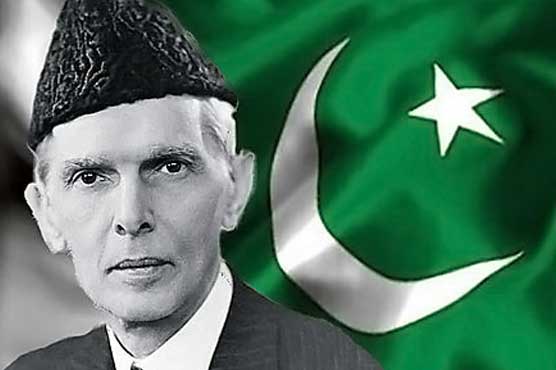 Special programmes are scheduled to be held across the country to shed light on the Quaid’s struggle for creation of Pakistan and to highlight his guiding principles of unity, faith and discipline. It is a public holiday and national flag will be hoisted atop all public and private buildings.

Quran Khwani was held at the Mazar-e-Quaid in Karachi while change of guards  ceremony was also conducted. A large-number of people from all walks of life are visiting the tomb to pay tribute for the services he rendered for the creation of a separate homeland for the Muslims of the Sub-continent. 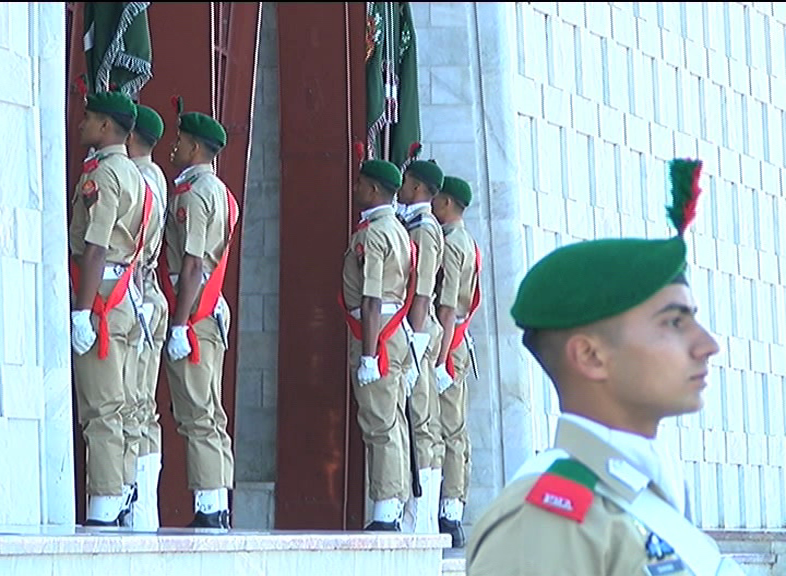 A still from the change of guards ceremony in Karachi

Public and private organizations and educational institutions are holding functions to highlight different aspects of the life of Quaid-e-Azam.

In his message on the occasion, Prime Minister Nawaz Sharif has asked the nation to seek guidance from the lifestyle and upright character of father of the nation Quaid-e-Azam Muhammad Ali Jinnah and transform Pakistan into a model state with prevalence of peace, brotherhood, moderation, patience and protection to minorities’ rights.

The Prime Minister said that Quaid-e-Azam had taught us to follow the democratic norms as he himself led a life replete with untiring struggle within the confines of law and constitution.

“He held that a sound democratic system based upon public aspirations could guarantee solidarity, prosperity and stability of Pakistan,” the Prime Minister added.

President Mamnoon Hussain shook hands with children from different schools who had come to take part in the leading ceremony Quaid-e-Azam Day.

PMA’s commandant Major General Nadeem Raza was the chief guest of the ceremony. Quaid-e-Azam was the first colonel in chief of the Pakistan Military Academy.