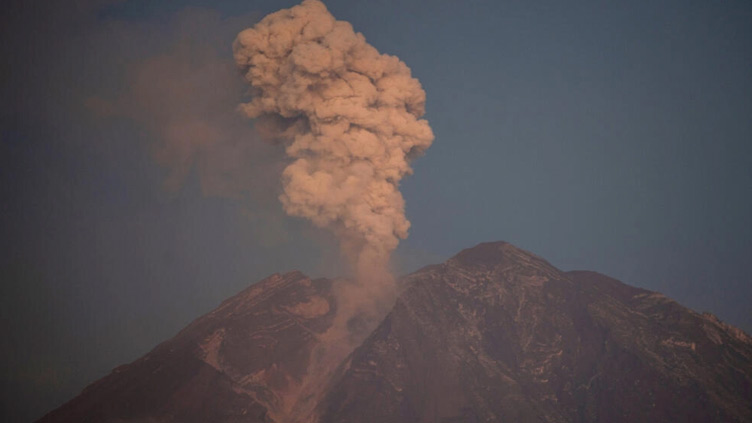 More than 2,400 villagers have now fled their homes

LUMAJANG (AFP) – Rescuers evacuated more people Monday from nearby villages after the eruption of Indonesia’s Mount Semeru, with officials warning of danger from cooling lava despite less activity from the volcano.

More than 2,400 villagers have now fled their homes and taken shelter in 11 evacuation centres after the highest mountain on the country’s main island of Java erupted early morning Sunday.

Officials have announced a state of emergency for the next two weeks and authorities have been distributing free masks to protect against ash in the air while setting up public kitchens for evacuees.

On Monday morning, dozens of evacuees in Lumajang district where Semeru is located ventured back to their ash-covered homes to retrieve important belongings, before returning to shelters, according to an AFP journalist.

Some shepherded livestock while others carried appliances such as TVs and refrigerators as the volcano spewed ash in the background.

Muhari said visual observation of Semeru on Monday morning indicated less intense volcanic activity but he warned of potential danger from lava flows that had cooled after heavy rain.

"What we worry about is economic activities such as sand mining. We want to make sure the route where the hot ash cloud and the cold lava might travel is completely free of activity," he said.

The government’s alert status indicating danger from the volcano was raised to its highest level Sunday. It had previously been at its second-highest level since a major eruption last December.

Many of the victims from that disaster were sand miners working high on the slopes of the volcano.

Indonesia sits on the Pacific "Ring of Fire" where the meeting of continental plates causes substantial volcanic and seismic activity. The Southeast Asian archipelago nation has nearly 130 active volcanoes.