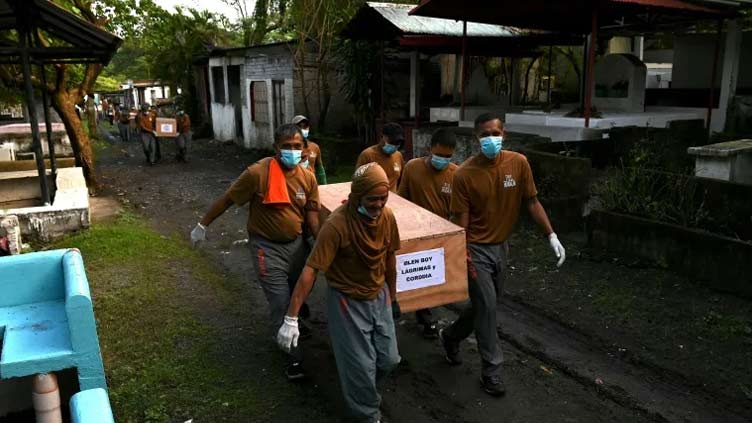 (AFP) – The bodies of 70 inmates from the Philippines  largest prison were laid to rest Friday in a mass burial, weeks after their decomposing remains were discovered in a Manila funeral home.

They were among 176 corpses found by police during an investigation into the death of an inmate, who was accused of being involved in the killing of a journalist in early October.

Most of the deaths were due to "natural causes", said Cecilia Villanueva, the Bureau of Corrections  acting director for health and welfare services.

Among them was a Japanese national.

Villanueva said 127 of the 140 bodies buried so far were badly decomposed and could not be autopsied again.

The bodies began piling up in the funeral home in December 2021 after their families -- most of them poor -- did not claim them.

Villanueva blamed "constraints" for the failure of corrections staff to ensure the inmates were given timely burials.

Bodies are normally held at the accredited funeral home for three months to give relatives time to retrieve them.

Friday s mass burial was the biggest ever by the Bureau of Corrections, Villanueva told reporters.

Minimum security inmates carried the 70 plywood coffins to their final resting place -- cheap concrete tombs in a cemetery inside the prison complex.

The gruesome discovery at the funeral home was only the latest scandal to rock the troubled Bureau of Corrections, which runs the country s overcrowded prison system.

Its chief Gerald Bantag is accused of ordering the killing of radio broadcaster Percival Mabasa, as well as Cristito Villamor Palana, an inmate who allegedly passed on the kill order to the gunman.

After Bantag was suspended from his job as director general, a huge pit was discovered next to his former official residence inside the prison complex.

Bantag claims it was for scuba diving, not an escape tunnel for inmates.

Among the remaining bodies still at the funeral home, eight would be re-examined by Raquel Fortun, one of the country s two forensic pathologists.

Villanueva said an average of one to two prisoners died every day inside New Bilibid Prison, where about 29,000 inmates are held in a facility designed for 6,435.

There were only five doctors to treat the prisoners, but the Bureau of Corrections was trying to hire more.

"We are doing everything we can, we try to provide health care, just as health care is provided to the public, but there are so many constraints," Villanueva said.