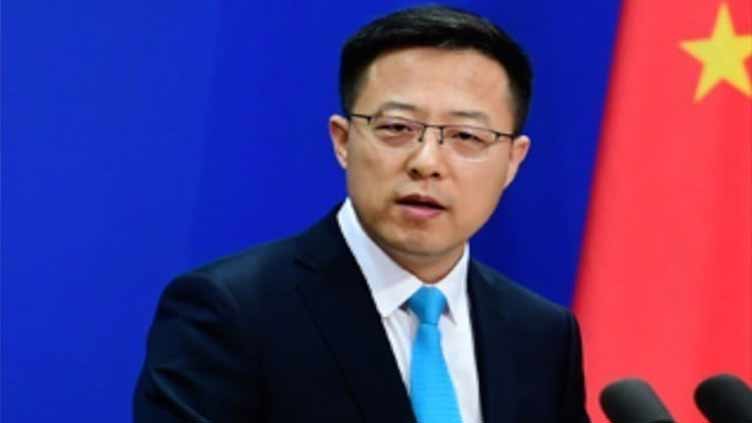 BEIJING (Dunya News) - China has expressed concerns over the joint Indo-US military exercises being held near the Line of Actual Control (LAC), saying it violates the agreements between Beijing and New Delhi.

The 18th edition of two-week joint military exercise  Yudh Abhyas  is currently underway in Uttarakhand, about 100 km from the LAC between China and India.

"The joint military exercise between India and the US close to the LAC at the China-India border violates the spirit of the agreement between China and India in 1993 and 1996," Chinese Foreign Ministry spokesman Zhao Lijian stated in a regular press conference on Wednesday.

"It does not serve the mutual trust between China and India", he said while responding to a question.

The India-US joint exercise near the line of actual control in the border area is not helpful for building trust between China and India. pic.twitter.com/C42cuoW8sz

The bilateral ties between the two neighbouring countries are constrained since the June 2020 Galwan Valley clash between their armies.

The military exercise is conducted annually between India and the US to share expertise between both the armies.