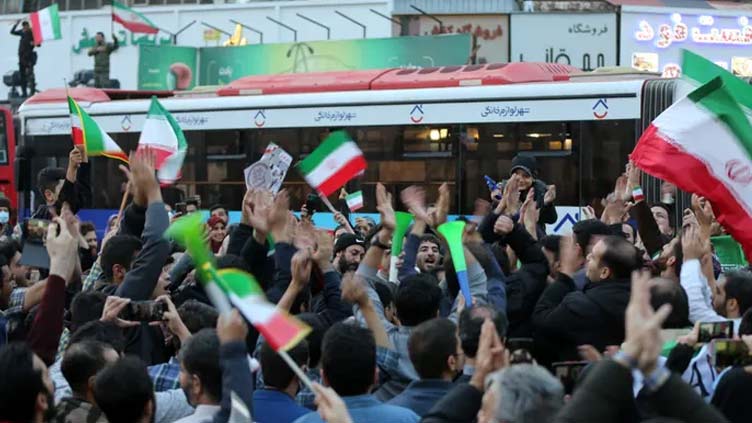 PARIS (AFP) - An Iranian man was shot dead by the security forces after celebrating when the United States eliminated his country’s national team from the World Cup, rights groups said on Wednesday.

Iran was knocked out of the World Cup by its arch enemy the United States in Qatar on Tuesday night, drawing a mixed response from pro- and anti-regime supporters.

Many had refused to support the national team as a result of a bloody government crackdown on more than two months of protests sparked by the death in custody of Mahsa Amini.

Mehran Samak, 27, was shot dead after honking his car horn in Bandar Anzali, a city on the Caspian Sea coast northwest of Tehran, human rights groups said. Samak “was targeted directly and shot in the head by security forces following the defeat of the national team against America”, said Oslo-based group Iran Human Rights (IHR).

The New York-based Centre for Human Rights in Iran (CHRI) also reported that he had been killed by the security forces while celebrating. It published a video from his funeral in Tehran on Wednesday at which mourners could be heard shouting “Death to the dictator”.

The chant aimed at Iran’s supreme leader Ayatollah Ali Khamenei is one of the main slogans of the protests that flared after Amini’s death in custody on Sept 16.

Iran’s security forces have killed at least 448 people in the crackdown on the protests, including 60 children under the age of 18 and 29 women, according to IHR.

Iran’s supreme court on Wednesday upheld the death penalty for four men accused of working with the intelligence services of Israel, the Islamic republic’s arch enemy, the judiciary said.

The four were sentenced to death for “their intelligence cooperation with the Zionist regime (Israel) and kidnapping”, the judiciary’s Mizan Online website reported, adding there was no recourse to appeal.

It identified the men as Hossein Ordoukhanzadeh, Shahin Imani Mahmoudabad, Milad Ashrafi Atbatan and Manouchehr Shahbandi Bojandi, without elaborating on their backgrounds.

Mizan Online said three other defendants were sentenced to between five and 10 years in prison for crimes against the country’s security, complicity in kidnapping and possession of weapons.

Iran and Israel have been engaged in a years-long shadow war, with the Islamic republic accusing its arch-foe of carrying out sabotage attacks against its nuclear sites and assassinations of key figures, including scientists.

On May 22, the Islamic Revolutionary Guard Corps said it had arrested members of “a network acting under the direction of the Israeli intelligence service”.

“These people committed theft, destruction of personal and public property, kidnapping and extortion of false confessions,” a Guards statement said at the time.

In late July, Iran reported the arrest of agents linked to Israel’s Mossad, alleging they were members of a banned Kurdish rebel group that was planning to target “sensitive sites”.

The latest court ruling comes at a time of heightened tensions in Iran after more than two months of protests sparked by the death in custody of Mahsa Amini.