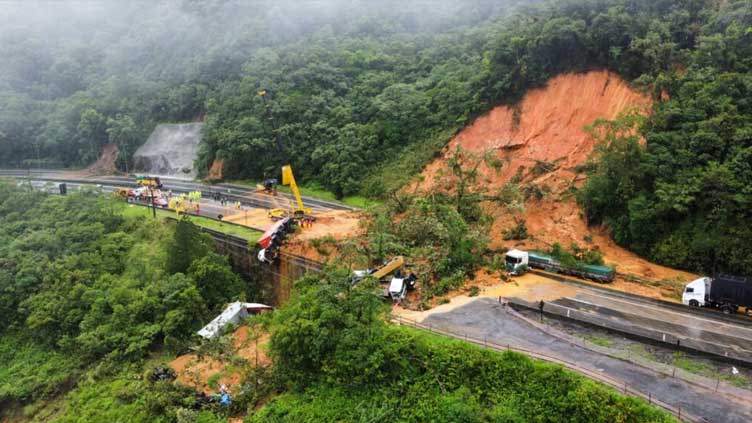 At least 30 people were caught in the landslide

(Reuters) - Landslides after heavy rains in southern Brazil left dozens of people missing in Parana state and cut off access to a major port for grains and sugar shipments, authorities said on Wednesday.

The BR-277 road to Paranagua and Antonina ports has been closed to vehicle traffic toward the coast since Tuesday. The Parana state government said it expected to partially open the road around 3:30 pm (1830 GMT).

At least 30 people were caught in the landslide on the BR-376 highway in the town of Guaratuba, according to officials running rescue operations. There have been two confirmed casualties from the mudslides, the fire department said.

About 80% of goods exported at from Paranagua, Brazil’s second-biggest port for grains and sugar, arrive by trucks, the port authority said, declining to estimate losses from the disruption.

Operators and terminals at Paranagua are now moving stockpiled goods that are expected to last until the weekend.

If the situation is not normalised by the weekend, it is very likely that from Sunday and Monday we will already have difficulty in reception of cargo for boarding ships, especially in the export corridor," the Paranagua port authority said.

Rail operator Rumo RAIL3.SA said cargo train service to Paranagua had resumed with restrictions. Rumo said goods are being delivered to the port and that it was monitoring the conditions of the tracks.

The main products arriving by rail are sugar, soybeans and corn, according to the port authorities.

There has been no impact on exports so far, grains exporter association Anec said, but if roads remain compromised, there may be a delay in cargo shipments and the possibility of payment of demurrage by exporters.