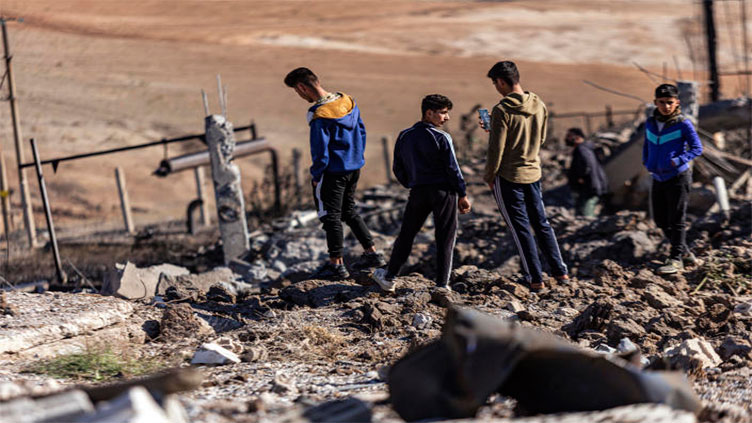 Among Al-Hol s detainees are more than 10,000 foreigners from dozens of countries.

The overcrowded camp is also home to displaced Syrians, and Iraqi refugees.

It is the largest camp for displaced people who fled after Kurdish forces, backed by a US-led coalition, dislodged Islamic State group fighters from the last scraps of their Syrian territory in 2019.

The SDF warned relatives of jihadists might try to flee the camp.

Ankara launched a campaign of air strikes across parts of Iraq and Syria on Sunday as part of Operation Claw-Sword, following a bombing in Istanbul on November 13 that killed six people.

Earlier on Wednesday Turkey said it was more determined than ever to secure its Syrian border from attacks by Kurdish forces, threatening a ground operation "at the most convenient time".

Ankara says it is targeting rear bases of the Kurdistan Workers  Party (PKK), which is blacklisted as a terror group by the European Union and the United States, and the Syrian Kurdish People s Protection Units (YPG), who dominate the SDF.

Both Kurdish groups denied responsibility for the Istanbul attack.

- Erdogan does not rule out dialogue with Syria s Assad -

Turkish President Recep Tayyip Erdogan said Wednesday that a meeting with Syrian counterpart Bashar al-Assad is a possibility, after cutting diplomatic ties with Damascus throughout the 11-year conflict there.

Turkey has backed the rebels fighting to topple Assad, with Erdogan calling him a "murderer".

Asked by a reporter in the parliament whether he could meet with the Syrian leader, Erdogan said: "It s possible. There s no room for resentment in politics. Ultimately, steps are taken under the most favourable conditions."

Despite the lack of contact between Erdogan and Assad, the two countries  spy chiefs have maintained contacts.

Erdogan surprised many when he briefly met on Sunday with Egyptian counterpart Abdel Fattah al-Sisi in Qatar for the first time.

A photo distributed by the Turkish presidency showed the two leaders shaking hands.

Erdogan and Sisi have been sparring since the Egyptian military s 2013 ouster of Islamist president Mohamed Morsi, personally backed by Erdogan.

Asked whether or not he would have a second meeting with Sisi, Erdogan didn t give a date.