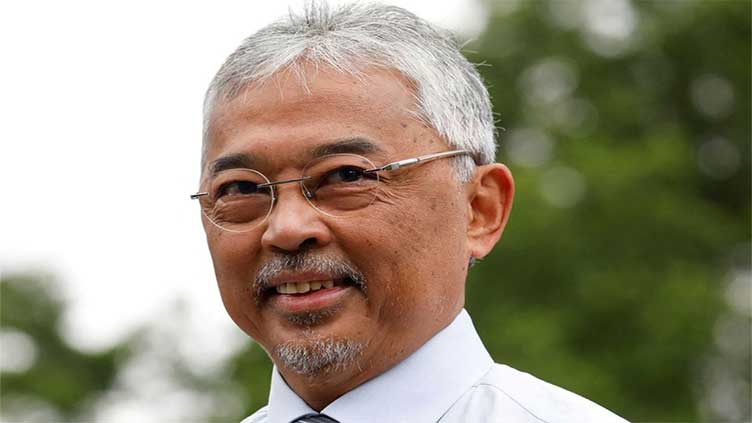 KUALA LUMPUR, (Reuters) - Malaysian King Al-Sultan Abdullah Sultan Ahmad Shah is in the spotlight as he mulls his choice on who will be the country’s next prime minister, after an election left no party with a majority in parliament and coalition talks failed.

Al-Sultan Abdullah on Tuesday said he would "soon" decide between opposition leader Anwar Ibrahim and former premier Muhyiddin Yassin after neither politician was able to gain enough support to form a coalition following Saturday’s elections.

It will be the third time the king has chosen a prime minister in just over two years - though it’s the first time this has happened following an election.

WHO IS MALAYSIA’S KING?

King Al-Sultan Abdullah Sultan Ahmad Shah ascended the throne in 2019 at the age of 59, becoming Malaysia’s 16th monarch since it gained independence from Britain in 1957.

Malaysia has a unique constitutional monarchy in which kings have been chosen in turn from the royal families of nine states, and each reigns for a five-year term.

The silver-haired, bespectacled Al-Sultan Abdullah became king after the surprise abdication of the previous king.

The ruler of the state of Pahang in the east cost of Malaysia, King Al-Sultan Abdullah won popularity for his down-to-earth image at the start of his reign after he was seen queuing up at Kentucky Fried Chicken and helping accident victims on a highway.

Al-Sultan Abdullah is an avid sportsman, having represented his state in football matches in his younger days. He has served as a member of the FIFA Executive Committee and as president of the Asian Hockey Federation.

IS IT ALWAYS THE KING’S CHOICE?

No. Elections normally determine who will be prime minister in Malaysia under a parliamentary system.

But the constitution does give him the power to appoint a prime minister that he believes can command a majority among the lawmakers.

Malaysia’s kings have rarely used that power, but political instability in the last two years has prompted the monarch to pick a premier.

The monarchy has played a more influential role since 2020 amid the decline of the once-dominant Barisan Nasional alliance and its leading party, the United Malays National Organisation (UMNO).

Barisan had led every government since independence from British colonial rule in 1957 up until its electoral defeat in 2018. It was voted out after a multibillion-dollar scandal at state fund 1MDB.

HAS THIS HAPPENED BEFORE?

Yes. King Al-Sultan Abdullah has appointed two previous prime ministers, though this is the first time it has happened after an election failed to produce a clear winner.

Al-Sultan Abdullah took the unusual step of meeting with all of the country’s 222 lawmakers after Mahathir’s resignation to determine who had a majority to form a new government, eventually picking former Mahathir ally Muhyiddin Yassin.

Less than a year later, after Muhyiddin’s own coalition fell apart, the king asked lawmakers to submit a letter each on who they backed as PM and decided to appoint the next premier - Ismail Sabri Yaakob, who was in power until the recent election.

The king met with Anwar and Muhyiddin on Tuesday.

Muhyiddin said the king had suggested that he and Anwar should form a "unity government" together but he had not agreed.

The king has summoned 30 lawmakers from the Barisan Nasional alliance for a meeting on Wednesday to determine who becomes prime minister.

Barisan posted its worst electoral performance on Saturday but plays a pivotal role in the formation of the government as its support is needed for both Anwar and Muhyiddin to clinch the majority.

Whoever is eventually named prime minister is likely to face more political turbulence of the kind that has plagued the country in recent years.