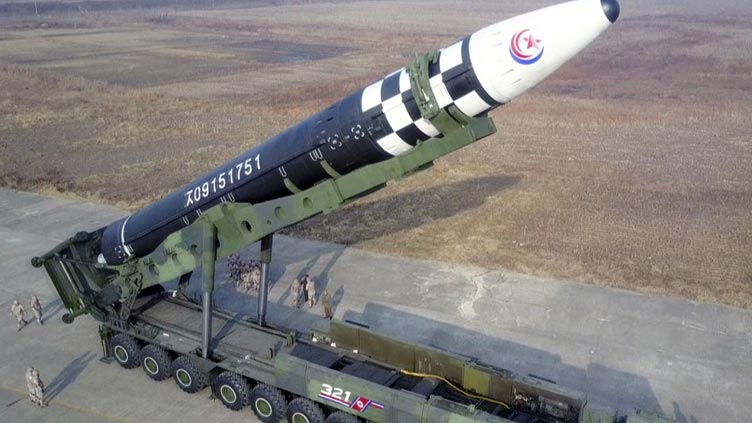 SEOUL (Reuters) - North Korea said it test fired its massive new Hwasong-17 intercontinental ballistic missile (ICBM), in what analysts said may be the first successful launch of the system after doubts were raised about earlier claims.

HOW BIG IS THE MISSILE?

The Hwasong-17 is nuclear-armed North Korea s biggest missile yet, and is the largest road-mobile, liquid-fuelled ICBM in the world.

Its diameter is estimated to be between 2.4 and 2.5 metres, and its total mass, when fully fuelled, is likely somewhere between 80,000 and 110,000 kg, according to 38 North, a U.S.-based programme that monitors North Korea.

HOW FAR CAN IT FLY?

The missile launched on Friday flew nearly 1,000 km (621 miles) for about 69 minutes and reached a maximum altitude of 6,041 km, state news agency KCNA reported on Saturday.

After that launch, however, analysts and intelligence officials in South Korean and the United States had concluded that the North had actually launched a Hwasong-15, which was first tested in 2017.

North Korea first unveiled the previously unseen ICBM at an unprecedented pre-dawn military parade in October 2020, with analysts noting it appeared "considerably larger" than the Hwasong-1

It was displayed a second time at a defence exhibition in Pyongyang in October 2021. After examining photos of the exhibit, analysts concluded the official designation of this large ICBM is most likely "Hwasong-17", not Hwasong-16.

Officials in Seoul and Washington said launches on Feb. 27 and March 5 involved the Hwasong-17 ICBM system, though they did not test its full capability or range. Some analysts say those tests may have involved only one stage.

The Hwasong-17 s size has prompted analysts to speculate that it will be designed to carry multiple warheads and decoys to better penetrate missile defences.

Some observers said that the satellite technology that North Korea claimed to have tested in the Feb. 27 and March 5 launches could also be used for a multiple independently targetable reentry vehicle (MIRV) system, potentially allowing a single missile to drop nuclear warheads on different targets.

North Korea has made preparations to resume nuclear testing for the first time since 2017, South Korea and the United States say, and officials say new tests could help develop warheads for MIRV systems.