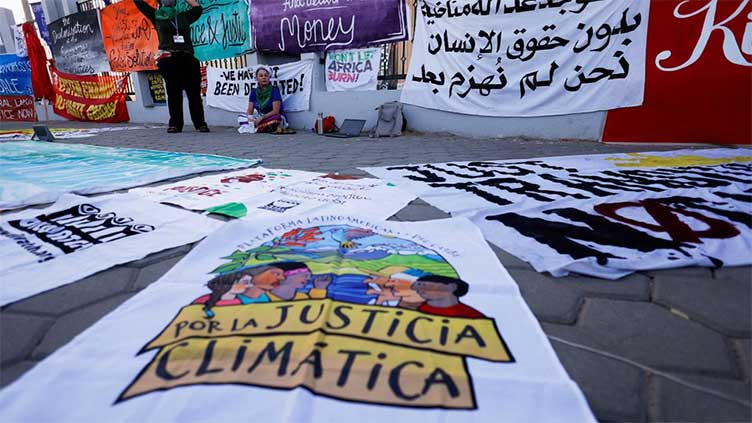 SHARM EL-SHEIKH, Egypt, (Reuters) - A campaign by the South Pacific island nation of Vanuatu for the world’s top court to take a stance on protecting people from climate change gained momentum on Friday, winning the support of almost half the nearly 200 countries at a global summit.

In total 86 countries, including core nations that had already backing the initiative, on Friday gave their support to a resolution to ask the International Court of Justice to clarify what obligations governments have to protect their own populations and others.

As climate change has accelerated the rise of sea levels, Vanuatu and other low-lying island states and coastal communities face particular risk from storms and flooding.

After the COP27 climate summit ends in Egypt this weekend, Vanuatu and its supporters will finalize a legal question they want to submit to the court if they win a planned vote at the U.N. General Assembly in mid-December.

An advisory opinion by the court would not be binding in any jurisdiction, but could underpin future climate negotiations by clarifying what financial obligations countries have on climate change, and define it as a human rights issue.

The talks in Egypt and at previous climate conferences have stalled over the reluctance of rich nations to bear the greatest share of the cost of addressing climate change.

"We are convinced that if we are to have clarity on existing legal obligations to prevent harm and better understand the legal consequences of enabling that climate harm, states would do a much better job of preventing avoiding and addressing it," Vanuatu climate adaptation minister Ralph Regenvanu said.

"What we have seen this week is that negotiations are not working for the most vulnerable, largely because it is not clear what our obligations are to each other and to other people are."

The idea for the resolution came from a group of Pacific island law students, who championed the idea with local government leaders and took their campaign from the Pacific to the United Nations in New York and then the climate summit on the Red Sea shores of Sharm el-Sheikh.

At a demonstration on Wednesday rallying support for the ICJ to take an advisory opinion, some of the law students were joined by allies from different countries.

"We came here to COP really to give a final push on the campaign," said Vishal Prasad, a 26-year old Fijian law student, who was one of the early campaigners. "The COP presents the best opportunity to really present our case to the world leaders and everyone here."

Prasad had been in New York for the General Assembly opening in September, where he and others led a flotilla to launch a three-month push to get countries to vote on an ICJ opinion.

At COP27, he and Pacific island campaigners made their case across the sprawling summit venue, in side events and meetings with ministers, joined by activists from around the globe.

Gathered outside the security gates, where all delegates pass through, Fijian activist Ulaisi Tuikoro chanted: "From Sharm el-Sheikh to New York. Climate justice is what we want."

"It might be a selfish reason but I have a younger brother who is three years old and I want to secure a safe green world for him and that is my reason for doing this," he said.

Costa Rica, Germany and Sierra Leone are among the core countries that will draft the legal question for the ICJ next week and seek more supporters for a December U.N. vote, where a simple majority is needed to refer the question to the court.

An ICJ opinion would send a clear signal to governments that hesitate to take decisive action at climate talks, said Solomon Yeo from the Solomon Islands, another Pacific island law student.

"It means that governments have no excuse for not taking meaningful actions," he said.