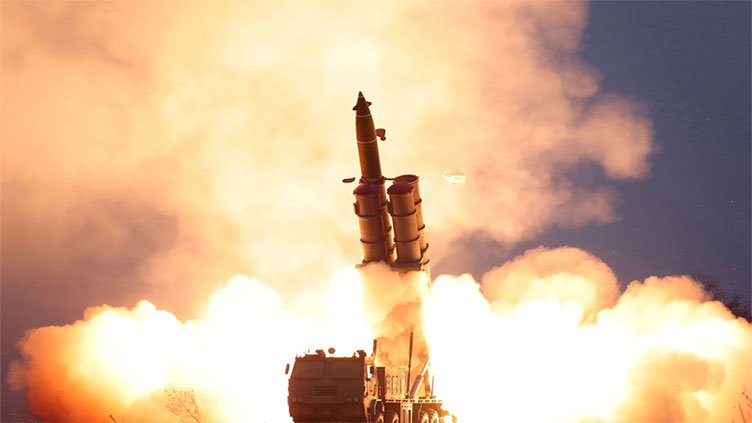 The last time North Korea fired a missile over Japan was reportedly in 2017, at the height of a period of "fire and fury" when Pyongyang s leader Kim Jong Un traded insults with then-US president Donald Trump.

South Korea s military said it had "detected one suspected medium-range ballistic missile that was launched from Mupyong-ri area of Jagang Province at around 7:23 am (22:23 GMT) today and passed over Japan in the eastern direction."

In a statement, the Joint Chiefs of Staff said the military was "maintaining a full readiness posture and closely cooperating with the United States while strengthening surveillance and vigilance".

"A ballistic missile is believed to have passed over our country and fallen in the Pacific Ocean. This is an act of violence following recent repeated launches of ballistic missiles. We strongly condemn this," Prime Minister Fumio Kishida told reporters.

With talks long-stalled, nuclear-armed North Korea has doubled down on Kim s military modernisation plans this year, testing a string of banned weaponry, including an Intercontinental Ballistic Missile (ICBM) for the first time since 2017.

The latest bout of intense weapons testing by Pyongyang comes as Seoul, Tokyo and Washington ramp up joint military drills to counter growing threats from the North.

Such drills infuriate North Korea, which sees them as rehearsals for an invasion.

Harris toured the heavily fortified Demilitarized Zone that divides the peninsula while on a trip that aimed to underscore her country s "ironclad" commitment to South Korea s defence against the North.

Washington has stationed about 28,500 troops in South Korea to help protect it from the North.

"If Pyongyang has fired a missile over Japan, that would represent a significant escalation over its recent provocations," said Leif-Eric Easley, a professor at Ewha University in Seoul.

"Pyongyang is still in the middle of a provocation and testing cycle," he said.

"The Kim regime is developing weapons such as tactical nuclear warheads and submarine-launched ballistic missiles as part of a long-term strategy to outrun South Korea in an arms race and drive wedges among US allies," he added.

South Korean and US officials have also been warning for months that Kim was preparing to conduct another nuclear test.

The officials said they believed this could happen soon after China s upcoming party congress on October 16.

North Korea, which is under multiple UN sanctions for its weapons programmes, typically seeks to maximise the geopolitical impact of its tests with careful timing.

The isolated country has tested nuclear weapons six times since 2006, most recently in 2017.