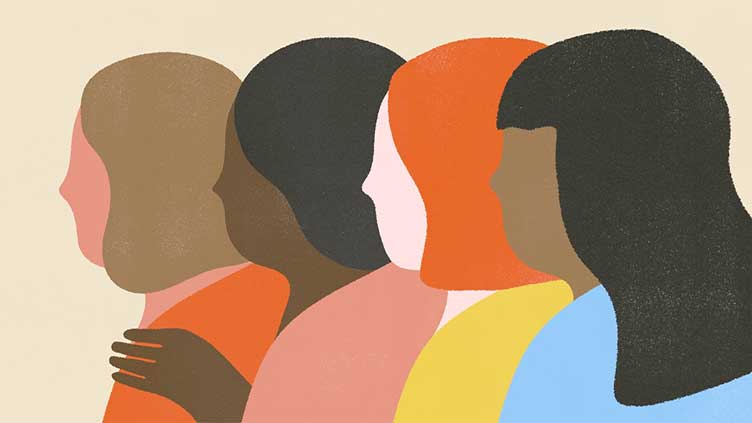 PARIS, (AFP) - Five years after the dawn of #MeToo in the United States, AFP looks at how the campaign to end sexual harassment and assault has reverberated around the world, from homegrown hashtags and landmark cases to anti-feminist backlashes.

In Sweden, a bastion of progressive gender policies, the #MeToo movement erupted at the Swedish Academy, which awards the annual Nobel Literature Prize.

For the first time in 70 years, the Academy in 2018 postponed the prize after several women accused Jean-Claude Arnault, the French husband of one of its members, of sexual assault.

Arnault, who headed an influential cultural club in Stockholm, was sentenced to two years in jail for rape.

The government seized on the momentum to push through a new law defining all sex without explicit consent as rape, irrespective of any violence or threats.

In 2018, a case of alleged gang rape brought thousands of people onto Spanish streets.

Five men, who called themselves "The Wolf Pack", bragged in a WhatsApp messaging group about having sex with a teen during the Pamplona bull-running festival.

Put on trial for rape, they were convicted of the lesser offence of sexual abuse, prompting angry chants of "I believe you, sister" from demonstrators, which became a mantra of solidarity with abuse victims worldwide.

In June 2019, the country’s Supreme Court overturned the verdict, finding all five men guilty of rape and upping their sentences to 15 years each.

In 2022, Spain tightened its rape laws by introducing a Swedish-style law on explicit consent for sex.

In 2018, tens of thousands of women demonstrated for weeks in South Korea over men secretly recording spy-cam videos of women in public toilets and changing rooms.

They were the biggest women’s protests in South Korea and the backlash was swift, dominating the 2022 presidential election.

Then-candidate Yoon Suk-yeol promised to abolish the gender equality ministry in a bid to appeal to young men disgruntled over #MeToo.

He won the election, but only by a razor-thin margin after women mobilised in support of his opponent.

The most prominent case in India involved a journalist who accused a newspaper editor and junior foreign minister, MJ Akbar, of sexual harassment.

Other women came forward with similar claims against Akbar, who stepped down as minister in October 2018. He lost a subsequent high-profile defamation trial against the journalist, Priya Ramani.

Men in Bollywood, business, journalism, politics, comedy and even cricket were also hit by abuse allegations.

Hashtags #AmInext and #MenAreTrash became the rallying cry to denounce violence against women in South Africa after the brutal August 2019 rape and murder of a student at a Cape Town post office.

The government declared violence against women a national crisis in South Africa, where every three hours a woman is killed.

A member of Tunisia’s parliament, Zouhair Makhlouf, ignited his country’s #EnaZeda ("me too" in Arabic) movement in October 2019 when a schoolgirl photographed him sexually harassing her en route to school.

Makhlouf was sentenced in 2021 to a year in jail, sparking a massive outpouring of testimonies of sexual harassment.

In November 2019, Chilean feminist collective Las Tesis performed a song and dance in Santiago to mark International Day for the Elimination of Violence against Women ending with the chant "The rapist is you," portraying violence against women as a systemic problem, used by agents of the state to keep them down.

The anthem -- titled "A Rapist in Your Path" -- quickly went viral and was performed at protests across the globe.

Las Tesis made Time magazine’s 2020 list of 100 most influential people.

A former bookstore owner was the target of a wave of #MeToo-style denunciations in Iran in 2020, with at least 20 women accusing him of rape and spiking their drinks.

The claims against Keyvan Emamverdi caused widespread anger in the Islamic republic, where people used the hashtag #tadjavoz (rape) to share anonymous accounts of attacks.

The bookseller was sentenced to death in July 2022 for "corruption on earth".

Israel’s ultra-Orthodox Jewish community was forced to reckon with sexual violence in 2021 following abuse allegations against several of its leading figures, including children’s author and rabbi Chaim Walder.

Another prominent ultra-Orthodox figure to be caught up in the "Lo Tishtok", or "You will not be silent" movement was Yehuda Meshi-Zahav. He died in June 2022 after also attempting suicide in 2021.

Meshi-Zahav had been accused of sexual assault and rape of both adults and minors.