World 'running out' of patience with Taliban, says UN envoy 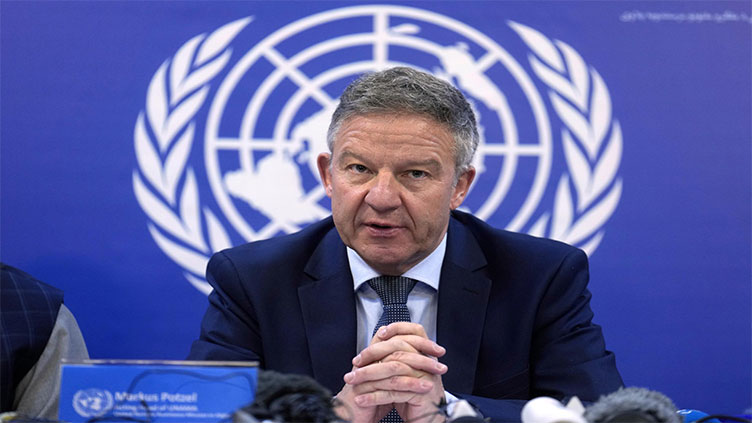 World 'running out' of patience with Taliban, says UN envoy

UN envoy told the Security Council Tuesday that the world is losing patience with the Taliban.

UNITED NATIONS (AFP) - The world is losing patience with the Taliban, a UN envoy told the Security Council Tuesday, as the Islamist regime shows no sign of allowing girls  education and question marks remain over its links to Al-Qaeda.

Markus Potzel, the United Nations deputy representative in Afghanistan, told the council that while there have been some positive developments since the Taliban took power last year, "they have been too few and too slow and are outweighed by the negatives."

"I am afraid that patience is running out by many in the international community regarding a strategy of engagement with Afghanistan s Taliban," he said.

Potzel spoke as UN Secretary-General Antonio Guterres noted that the Taliban have been "ambiguous as to the extent to which they would wish to engage externally, absent formal recognition and predicated on being in accordance with their interpretation of the sharia."

In his quarterly report released Tuesday, Guterres also said he believes this year s US killing of Al-Qaeda leader Ayman al-Zawahiri by drone strike in Kabul "brought to the fore the continuing ties between the terrorist group and the Taliban, which would be contrary to the latter s counterterrorism commitments."

The report also denounced the "severe restrictions" still imposed on the rights of women and girls, including the ban on secondary education.

In a joint statement focusing on girls  education, the 10 non-permanent members of the Security Council and the five countries that will take seats on the council next year called on the Taliban to "immediately reverse this decision."

"The international community has not and will not forget Afghan women and girls," they said.

One envoy however suggested there was opposition from at least one of the permanent Security Council members, who wield veto power.

"We have worked hard in order to get a statement from the entire council, but we were not able to," Norwegian Ambassador Mona Juul told reporters.

According to a diplomatic source, China and Russia opposed a joint statement that did not also include a request for the release of Afghan assets frozen since the Taliban s return to power.

During the meeting, Chinese Ambassador Geng Shuang, stressing the need to ensure the right of girls, said that the assets frozen abroad "should be used expeditiously for the improvement of Afghan lives and economic reconstruction."