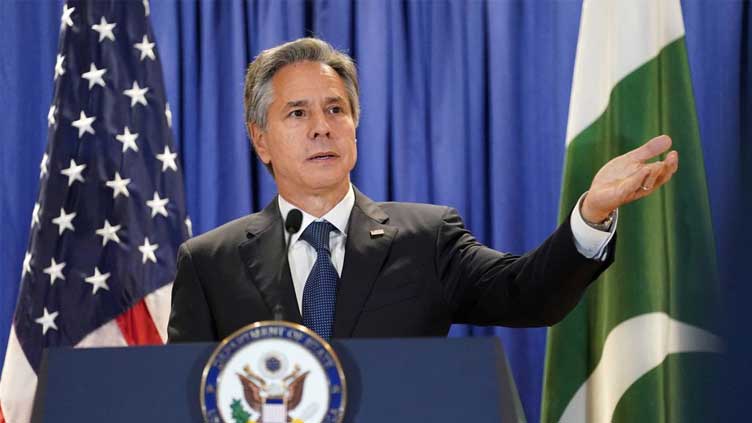 NEW DELHI (Reuters) - U.S. Secretary of State Antony Blinken said late on Monday he had discussed with his Pakistani counterpart what he called managing a responsible relationship with neighbouring India.

Blinken’s comments came after India’s defence and foreign ministers opposed a U.S. decision to provide a support package of about $450 million for Pakistan s fleet of U.S.-made F-16 fighter jets.

"In our discussions today, we talked about the importance of managing a responsible relationship with India," Blinken said after meeting Foreign Minister Bilawal Bhutto-Zardari, without elaborating.

Asked about the F-16 deal, U.S. State Department spokesperson Ned Price said that the United States had independent relations with India and Pakistan.

Nuclear-armed India and Pakistan have fought three wars, mainly over the Muslim-majority Himalayan region of Kashmir.

In 2019, they engaged in an aerial battle during which India said it had shot down a Pakistani F-16 after one of its own jets was brought down. Pakistan denied that one of its F-16s was downed.

People-to-people contact between the countries, formed by a split of British India in 1947, virtually ended after the 2019 clashes.